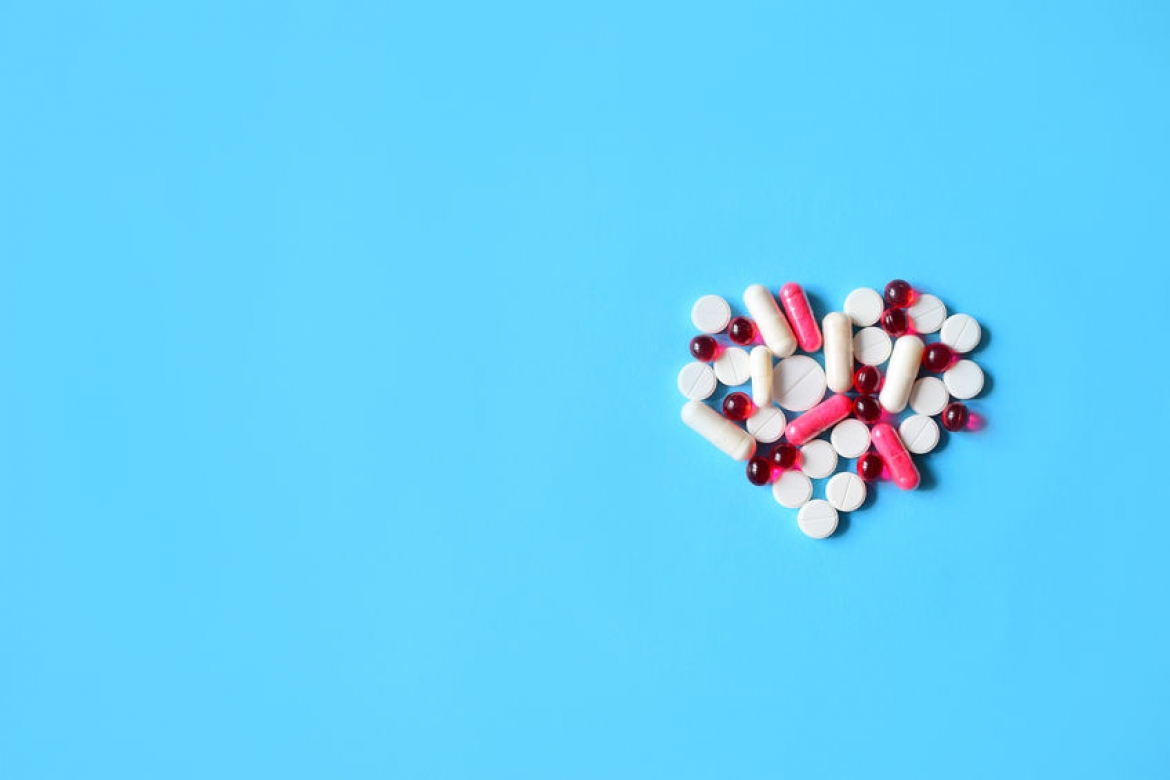 Millions of people around the globe experience problems with the thyroid gland.

The butterfly-shaped gland participates in various functions in the body, so these problems induce a variety of symptoms that disturb the quality of life.

Successful management of thyroid disorders usually requires regular use of medications whose purpose is to normalize thyroid hormone levels.

Some thyroid medications have been recalled recently, and this article inspects why.

In August 2018 the news broke out that Westminster Pharmaceuticals LLC issued a voluntary recall of their levothyroxine and liothyronine (Thyroid Tablets USP).

The pharmaceutical company decided to recall voluntarily all lots within expiry of their medications that are used to treat hypothyroidism in the following strengths: 15mg, 30mg, 60mg, 90mg, and 120mg to the wholesale level.

Pulling the product off the market was a precaution measure due to the fact they were manufactured with active pharmaceutical ingredients made by a company that failed FDA inspection.

The company in question, Sichuan Friendly Pharmaceutical Co, received a letter from the FDA in June 2018 stating that their facilities weren’t meeting good manufacturing process standards. If they failed to correct those issues it could result in FDA continuing to refuse admission of articles manufactured.

The inspection of Sichuan Friendly Pharmaceutical Co. occurred in October 2018.

During the inspection of facilities where active ingredient for Westminster Pharmaceuticals’ tablets are manufactured various deviations were identified, including[i]:

What happened was that the Florida-based company, Westminster Pharmaceuticals, recalled their thyroid medications due to impurities.

Active ingredients used for their drugs were manufactured by a company that didn’t comply with regulations and whose ingredients had deficiencies in conjunction with the FDA’s good manufacturing practices.

According to the Consumer Reports the term “voluntary recall” is just a government-speak for a deal that a retailer or a manufacturer of a hazardous product has negotiated with the federal agency. The voluntary recall could also mean that if the company refused to take the product off the market the mandatory recall issued by the FDA would ensue[ii].

In other words, there is a possibility that Westminster Pharmaceuticals was informed about ingredients made by Sichuan Friendly Pharmaceuticals and they had an agreement with federal authorities that they would recall their drugs to avoid potential complications that could happen otherwise.

The recall involves 37 unexpired lots of the above-mentioned levothyroxine and liothyronine (Thyroid Tablets, USP). The pharmaceutical company reached out to their wholesale customers and asked them to stop filling prescriptions with the affected tablets. Thyroid Tablets, USP are sold in 100-count bottles. Information about the specific lots as well as product descriptions is published on the FDA's website.

During one of their visits to Sichuan’s facilities inspectors found that an incorrect formula was used to calculate the potency of the active ingredient. That is a major problem. This automatically increased the risk of impurity of tablets and opened the way to potential side effects and other complications.
After all, thyroid medications regulate the balance of T3, and T4 hormones so incorrect potency could cause even worse problems in hypothyroid medications.

Fortunately, no side effects have been reported by patients at this point. That could be due to the fact that levothyroxine and liothyronine are derived from porcine (pig) thyroid glands.

So, what is Thyroid Tablets, USP? These tablets are prescription-only medications specifically formulated to treat hypothyroidism. They contain both levothyroxine and liothyronine, unlike some other thyroid drugs which deliver synthetic forms of thyroid hormones individually. Levothyroxine is a synthetic form of T4 hormone while liothyronine is T3 provided in amounts of 38mcg and 9mcg respectively per grain of thyroid[iii].

The drug, which is also sold by other manufacturers under name Armour Thyroid, is effective in the treatment of hypothyroidism and symptoms associated with it. For example, one study found that this drug was associated with a bigger weight loss compared to the equal dosage of levothyroxine. In fact, subjects also preferred this drug over levothyroxine, and the research showed[iv].

Recalls in 2017 and earlier

Okay, we’ve covered thyroid medications recall in 2018, but what about previous years? Believe it or not, there were more than 60 recalls of levothyroxine in a period between 2012 and 2017. Considering that levothyroxine is a single generic drug that’s a lot of recalls for a five-year period.

Below you can see brief info and reason for the recall of some, out of many, drugs that were pulled off the market.

Levoxyl(R) is a levothyroxine medication distributed by King Pharmaceuticals, but the recall was ordered by a well-known manufacturer Pfizer Inc. in 2016. The cited reason for the recall is "superpotent." The nationwide voluntary recall involves pulling 2666 bottles off the market.

The drug comes in 100-count bottles and delivers 200mcg levothyroxine. Interestingly, the same company recalled the medication in 2013 as well due to complaints from patients and pharmacists of an uncharacteristic odor after opening the bottles. The odor is associated with oxygen-absorbing canister packaged in the 100-count and 1000-count bottles[v].

Levoxyl was also recalled on various occasions due to being subpotent. In 2013 the company issued a nationwide voluntary recall of 25mcg tablets packaged in 100-count bottles and 1000-count bottles. In other words, the recall required pulling 51,591 bottles off the market.

The primary reason behind the recall was that the products were below specification for potency at the expiry stability point, i.e. they were subpotent. It’s not revealed whether some patients experienced side effects due to this problem.

Levothyroxine active ingredient manufactured by Attix Pharmaceuticals from Toronto, Canada was recalled in 2014. A nationwide recall of 4605 grams of the ingredient was issued due to penicillin cross-contamination.

All lots of products repackaged and distributed between January 2012 and February 2015 were recalled because they were handled in a facility with penicillin products without adequate separation.

Mylan Pharmaceuticals issued a voluntary recall of generic levothyroxine sodium tablets, USP 200-mcg in a 100-count bottle. The recall was initiated in 2014, and it involved pulling 138,970 bottles off the market. The reason for the recall was subpotency as assay results obtained during stability testing were below specification.

Mylan had a complicated relationship with FDA which conducted an investigation about this pharmaceutical company. However, the investigation did not find any evidence that the quality of Mylan-made drugs, including levothyroxine, was disturbed[vi].

Levothroid, medication manufactured for Forest Pharmaceuticals by Lloyd Pharmaceutical was also recalled. In 2013, the company issued a voluntary recall of 29,489 bottles of the drug-containing 200mcg levothyroxine sodium in a 100-count bottle. The main reason for the recall was due to cGMP deviations after quality review of stability failures in previous lots found that there is insufficient data to determine that other lots aren’t affected.

Besides hypothyroidism, Levothroid is also used to treat pituitary TSH suppression. The same medication was also recalled on a few other occasions. For example, in 2012 Lloyd Pharmaceutical issued a nationwide recall of 19,166 bottles of Levothroid 50mcg in 100-count bottles. The primary reason behind recall was subpotency i.e. low assay at the 9-month test interval.

Synthroid is a medication that delivers levothyroxine and treats hypothyroidism, but also to treat or prevent goiter. Abbott Laboratories issued a voluntary recall of Synthroid 75mcg in 90-count bottles due to the defective container. In 2012, the nationwide recall of 42,596 bottles was initiated because many of them had a localized thin wall defect on the bottom. This defect could have affected the stability of the drug.

At this point, it is not known whether patients experienced some side effects due to the defective container and affected drug stability. It’s important to mention that Synthroid is one of the most widely used medications for hypothyroidism.

The same year and in 2013 the company issued yet another nationwide and Puerto Rico recall, this time, the faulty container wasn’t the problem along with the potential risk of affected stability. You see, the reason for this recall was wrong labeling. Basically, there was an error on declared strength because product labeled to contain 150mcg tablets actually contained 75mcg tablets.

It's needless to mention this is a serious mistake. Adequate management of hypothyroidism depends on proper dosing, and it takes several months for a doctor to find the most suitable dosage for a patient at that point. So, taking more or less than prescribe could affect thyroid hormone balance and aggravate symptoms of hypothyroidism. The recall included 28,524 bottles, but it is unknown whether patients had some complications or not.

What to do if medications you use are recalled?

Let’s say you take some thyroid medication regularly and it’s announced the company (or the FDA) decided to recall those drugs. What to do then? You’ve probably wondered about this subject every time you read about medications recall. According to the FDA, due to the fact these medications are used in the treatment of serious medical conditions patients taking them should continue doing so until they have a replacement product[vii].

When a drug is recalled the first thing you need to do is to contact your doctor. Your physician will issue a prescription for a replacement medication, but in the meantime take the current drug regularly, i.e. don't discontinue it on your own or skip a dose. It’s always important to consult the doctor instead of adjusting dosages on your own or deciding to discontinue using the drug for the serious condition without having a replacement.

The recall doesn’t mean all bottles are affected or that you’re using the faulty one, but just to be on the safe side the best thing to do is to contact the healthcare provider as soon as news like this breaks out.

Recalls in the pharmaceutical world aren't out of the ordinary, and they happen all the time. In fact, there were dozens and dozens of recalls involving thyroid medications over the years.

This summer Westminster Pharmaceuticals decided to recall their drug for hypothyroidism because the company that made the active ingredient didn't oblige to good manufacturing practices, and there was a risk of impurities.

As seen above in this post drugs were recalled due to an array of reasons ranging from penicillin cross contamination to faulty bottles and wrong labels. When a product is recalled you shouldn’t skip a dose, keep taking it regularly until you get a replacement from your healthcare provider.