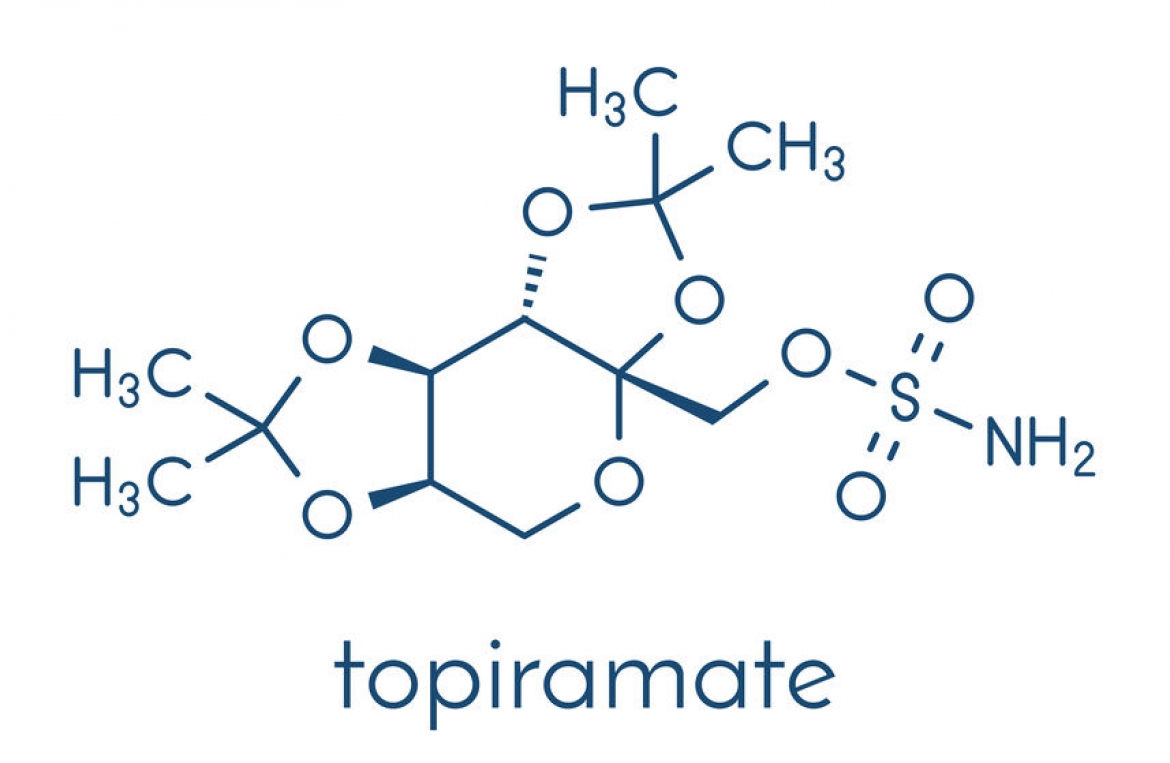 Can Topamax help with weight loss?

As an increasing number of people is overweight or obese pharmaceutical companies formulate drugs that are meant to kick-start the weight loss process. Some drugs are available with doctor’s prescription only while others are sold in over-the-counter form.

Topamax is a frequently used drug for weight loss, but there is still a lot we need to learn about it. Who can use this drug? Is it effective? Are there any side effects to keep in mind?

You’ll get answers to these and other questions you may have in the post below.

First, we’re going to learn a thing or two about the drug. Topamax is a brand name for topiramate, a broad-spectrum anticonvulsant or anti-epilepsy drug. The drug is prescribed for the treatment of seizures in adults and children who are at least two years old. Another use of Topamax is to decrease the frequency of migraines in persons ages 12 and up.

Despite the fact that the underlying mechanism of action is poorly elucidated what we do know is that Topamax works by altering the production or action of neurotransmitters in the brain, thus suppressing the abnormal activity of the nerves in the brain that induce seizures. Additionally, it prevents the abnormal activity of the nerves from spreading to other nerves.

It’s important to mention that Topamax was approved by the FDA in 1996 to treat seizures. The FDA approval for prevention of migraines came in 2004. In 2012, FDA approved the use of Topamax in combination with Phentermine for weight loss[i].

Even before the official FDA approval, this drug was used off-label for this purpose, so the agency wanted to regulate this field more effectively in order to promote safe use and avoid complications.

Is Topamax effective for weight loss?

Even though the drug was specifically formulated to treat seizures and prevent migraines, it's also used for weight loss purposes. You probably know someone who's using Topamax for weight loss, or maybe you were considering asking doctor for a prescription. Regardless of the scenario chances are high you're wondering whether Topamax really works. Current evidence is very promising.

For example, Kramer et al. published a study in Obesity Reviews which found that topiramate can, indeed, promote weight loss. Scientists summarized evidence on the safety and efficacy of topiramate in the treatment of overweight and obesity. They searched for evidence in different databases. In order to be eligible for the review studies needed to last at least 16 weeks. Ten studies were identified, and they had 3320 subjects in total.

Findings revealed that participants who took topiramate lost an average of 5.34kg of additional weight compared to placebo. Efficacy of the topiramate depended on dosage and duration of the treatment. For instance, 96-200mg topiramate a day resulted in higher weight loss in trials that lasted 28 weeks or more than in studies that were shorter in duration. Researchers concluded the study explaining that topiramate might be a useful therapeutic weight loss tool as long as side effects are considered[ii].

Moradi et al. carried out a study to assess the effects of topiramate on weight loss in subjects with type 2 diabetes. The 32-week randomized clinical trial included 69 subjects which received either topiramate or placebo. Results, published in the Journal of Research in Medical Sciences, found that BMI changes were significantly higher in subjects who took topiramate. The drug-induced weight loss and improved glycemic control in participants.

Scientists explained that treatment of obese diabetic patients with 150mg/day topiramate can be suitable for near 5% weight loss and the drug may be effective in improving metabolic parameters associated with obesity and glycemic control in patients with type 2 diabetes[iii].

Phentermine and topiramate for weight loss

As seen above, studies do support the weight loss effects of Topamax. Pieces of evidence displayed above focused on the use of Topamax itself, but topiramate is also used in combination with phentermine. Gadde et al. carried out a study which “assessed the efficacy and safety of two doses of phentermine plus topiramate combination as an adjunct to diet and lifestyle modification for weight loss.”

It’s useful to mention that phentermine is one of the most frequently prescribed weight loss drugs. The 56-week trial enrolled 2487 participants ages 18 to 70. Subjects were assigned either to phentermine/topiramate combination or placebo group. The popular journal Lancet published results which found that a combination of two drugs provides its benefits even at lower doses. This led to the conclusion that phentermine and topiramate combined might be a valuable treatment for obesity[iv].

Not only does Topamax work for weight loss on its own, but it’s also effective when used in combination with phentermine. Besides the above-mentioned study, Garvey et al. conducted their own research which lasted for 52 weeks and enrolled 676 subjects.

Some participants received a combination of phentermine and topiramate while others took a placebo. Results, featured in the American Journal of Clinical Nutrition, revealed that a combination of phentermine and topiramate in conjunction with lifestyle modifications might provide an effective and well-tolerated treatment of obesity complicated by cardiometabolic disease[v].

What makes this study so important is that it confirmed weight loss potential of phentermine and topiramate combination, but also showed that effects are well-maintained. This means the drug can help patients avoid the unpleasant and frustrating yo-yo effect which occurs when people gain more weight after treatment than they lost during.

As you can see, a growing body of evidence confirms that topiramate, when used in combination with phentermine, can contribute to sustained weight loss. Topiramate is a generic form of the drug that is sold under brand name Topamax which can help users slim down on its own[vi], as mentioned throughout this post.

How does Topamax work for weight loss?

Despite the fact that some studies found Topamax effective for treatment of weight loss it's crucial to mention the drug is still not researched enough. Current evidence, while promising, does not inspect long-term effects of the drug. At the same time, there is no specific dosage that proves to be the most effective for weight loss purposes as studies focused on different doses. A lot of uncertainties are involved, and the only way to resolve them is to carry out further research on Topamax for weight loss.

While topiramate in combination with phentermine is FDA-approved for weight loss, Topamax on its own is not. So, using this drug to slim down means you’re going off-label. As mentioned above, Topamax has FDA approval for seizures and migraines. The mechanism of action through which Topamax contributes to weight loss is unknown. Various theories are involved including:

Bear in mind that underlying mechanisms through which Topamax works are still not fully elaborated. At this point, it’s not clear how the drug acts with long-term use.

Therefore, before you ask the doctor for a prescription for this drug you need to take various factors in consideration including the fact this is not a quick fix. It’s not uncommon for people to start taking a weight loss drug and expect it to do wonders quickly without lifestyle modifications.

Even if your doctor prescribes Topamax or a combination of topiramate and phentermine for weight loss, you need to bear in mind results won’t occur overnight. Patience is vital just like necessary lifestyle modifications such as regular exercise and a well-balanced diet.

Kramer's study showed that Topamax could be effective for weight loss if side effects are considered. In fact, a major reason why some doctors don't prescribe this drug to their patients is the risk of potentially serious side effects. Adverse reactions associated with the use of Topamax include, but are not limited to:

Potentially serious side effects of Topamax include:

Some studies showed that Topamax was well-tolerated while others found the drug did induce some serious side effects. Of course, this doesn't mean you'd experience adverse reactions for sure, but it's useful to consult a healthcare provider and take side effects of Topamax into consideration before using the drug.

Interactions with other drugs

Topamax may interact with an anti-obesity drug called orlistat. In addition, the drug may reduce the effectiveness of hormonal birth control products.

Topamax may also interact with drugs for sleep and anxiety, antihistamines, muscle relaxants, and narcotic pain relievers. Make sure you inform the doctor about all prescription and over-the-counter medications or supplements you use to decrease the risk of interactions. Your doctor will inform you whether Topamax could interact with other medications you’re taking.

No specific dosage of Topamax for weight loss has been determined so far which only shows why more research is needed on this drug. In most cases, patients start with lower doses of 25mg to 50mg a day and increase it by 25-50mg a week until an effective dosage is reached. Of course, all this is performed with doctor’s supervision and guidance. Patients should never increase or decrease dosage on their own.

Who should avoid Topamax?

You need to avoid Topamax if you’re pregnant or breastfeeding. People with a history of depression and suicidal thoughts or tendencies also need to exercise caution when it comes to Topamax. You may want to avoid the drug if you have low potassium levels in the blood too. Topamax may also not be suitable for persons with epilepsy who are treated with a keto diet.

Topamax is a drug formulated to treat seizures, but it’s also used for migraines.

Studies show it may be effective for weight loss on its own and when topiramate is used in combination with phentermine. It may exhibit serious side effects so you need to consult your doctor before deciding whether you should use Topamax or some other pill for weight loss. Remember, the pill is not a replacement for a healthy diet and regular exercise.