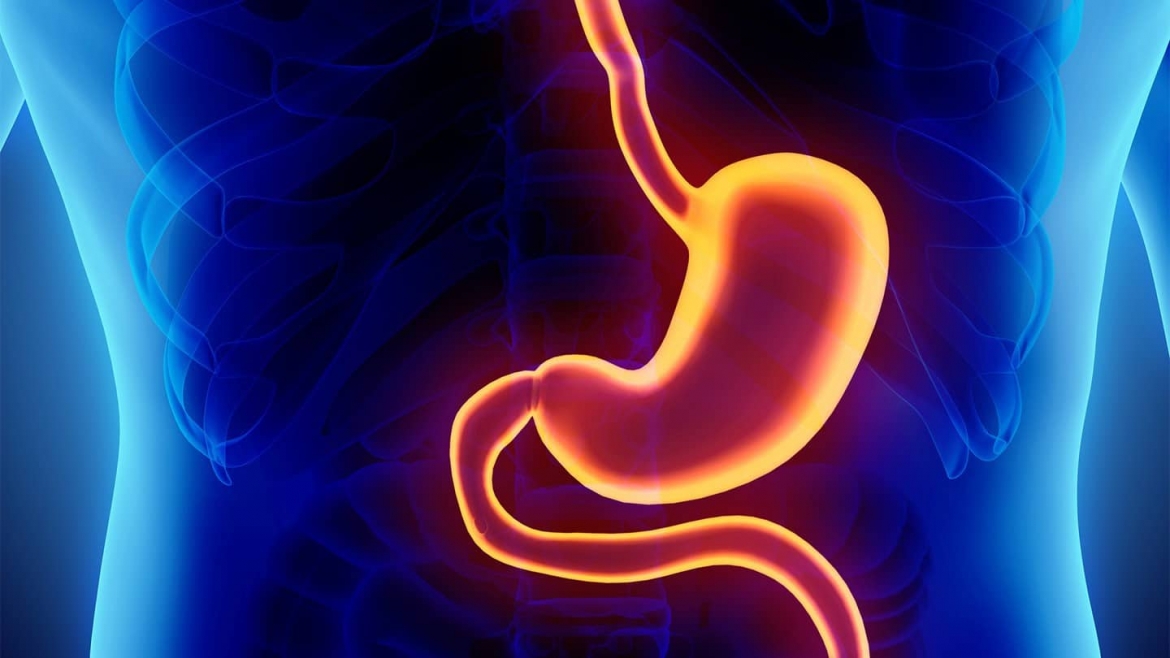 Problems affecting thyroid manifest themselves in many ways, and their effects are rarely limited to the butterfly-shaped gland itself. Thyroid diseases and autoimmune conditions can contribute to a wide range of other problems in the body.

The reason is simple – thyroid hormones take part in many processes, so their fluctuations or impaired function of the gland can have a negative impact on other organs, tissues, and whatnot.

What about the stomach?

In this article, we are going to discuss the relationship between Hashimoto’s thyroiditis and autoimmune gastritis.

What is autoimmune gastritis?

As you're already aware gastritis is an inflammation, irritation, or erosion of the lining of the stomach.

But what is autoimmune gastritis?

Autoimmune gastritis is defined as a chronic inflammatory disease with the destruction of parietal cells of the corpus and fundus of the stomach. Parietal cells are the epithelial cells located in gastric glands.

The condition leads to atrophy of mucosa, increased pH of the stomach, and other serious consequences.

Also referred to as type gastritis, this autoimmune condition accounts for <10% of all cases of chronic gastritis.

In many cases, the condition is inherited, but more studies are needed to determine all factors that play a role in the development of autoimmune gastritis i.e., what makes the body's immune system attack healthy cells.

Autoimmune gastritis occasionally leads to pernicious anemia due to loss of intrinsic factor[i](glycoprotein produced by parietal cells, necessary for the absorption of vitamin B12).

Pernicious anemia is a type of anemia where the body can’t make enough healthy red blood cells due to a deficiency in vitamin B12.

What are the symptoms of autoimmune gastritis?

It’s also worth mentioning that autoimmune gastritis patients don’t have a risk of developing a gastric or duodenal ulcer.

As mentioned above, problems with thyroid gland manifest themselves in many ways, and they are able to contribute to other health conditions. At the same time, autoimmune diseases are also associated with one another.

So, it really comes as no surprise that Hashimoto’s thyroiditis and autoimmune gastritis are connected.

The same report also reveals that 10% to 40% of Hashimoto's thyroiditis patients have gastric disorders, while 40% of men and women with autoimmune gastritis have Hashimoto's disease. Two conditions may be totally unrelated at first glance, but they share various similarities as both of them are involved with the complex interaction between genetic, embryological, immunologic, and environmental factors.

Previously in the article, we have mentioned that autoimmune gastritis leads to the destruction of parietal cells (partial or total), lower intrinsic factor production, and the occurrence of anemia. Eventually, the condition causes severe gastric atrophy, but malabsorption of levothyroxine can also occur[iii]. Levothyroxine is a synthetic version of hormone T4, and it is used for the treatment of hypothyroidism.

A review article published by Amaral de Carvalho and Muniz Fighera from Brazil shows that autoimmune gastritis, as well as other gastrointestinal disorders, can interfere in the treatment with thyroid hormone and lead to inadequate levels despite full adherence to the therapy[iv].

Speaking of similarities between thyroid and stomach it is worth mentioning they share some morphological and functional characteristics due to their common embryologic origin.

Additionally, thyroid follicular cells and gastric mucosal cells have the ability to concentrate and transport iodine across the cell membrane. What many people don’t know is that iodine, besides playing a vital role in thyroid hormone synthesis, regulates the proliferation of gastric mucosal cells.

However, clinical signs of autoimmune gastritis appear several years after its onset, which is why it's necessary to see the doctor regularly and get regular checkups. Diagnosing condition in earlier stages can prevent the negative effects of autoimmune gastritis on the management of Hashimoto’s thyroiditis, but they can also lower the likelihood of anemia.

Anemia is not uncommon among patients with Hashimoto’s thyroiditis. In these cases, the doctor usually prescribes iron supplements. But, if the red blood cells count doesn't improve, it could mean that autoimmune gastritis is to blame because it decreases the body's ability to absorb iron.

Autoimmune gastritis doesn't exhibit some major signs and symptoms in early stages, and that's exactly why the condition is so serious. Just because we don't feel anything, it doesn't mean everything is truly okay. If we don't see the doctor on a regular basis, particularly if we have Hashimoto’s thyroiditis or some other autoimmune condition, the risk of complications can increase. On the other hand, regular checkups allow doctors to monitor your condition and spot other changes in the body in a timely manner.

When it comes to diagnosis of autoimmune gastritis, the gold standard is gastroscopy with separately collected biopsies of antrum and corpus with typical histological findings. In the early stages of autoimmune gastritis, the endoscopic appearance of the stomach may not be any different than in a healthy situation. This leads us back to the above-mentioned fact that autoimmune gastritis develops gradually and is difficult to detect in early stages. As the disease progresses and with increasing loss of gastric mucosa, the examination shows pseudopolyps which mimic relatively normal mucosa while the surrounding area is atrophic. In cases when extensive atrophy is present, the doctor may notice that rugal folds are flattened. Rugal folds are, basically, large folds in the mucous membrane in the stomach.

For the purpose of diagnosis of autoimmune gastritis, the doctor may also need to perform a biopsy. Blood tests are also ordered in order to analyze whether there are autoantibodies against certain cells of the stomach.

How is autoimmune gastritis treated?

Autoimmune gastritis is a complicated condition that requires careful management. As seen throughout this article, autoimmune gastritis can have a serious impact on the stomach, but also impair treatment of Hashimoto’s thyroiditis and other thyroid diseases. For that reason, and many others, it’s important to manage autoimmune gastritis properly and adhere to the doctor’s orders. Of course, like in many other situations, treatment is more successful when the condition is caught in the early stages. This leads us back to the above-mentioned significance of visiting the doctor regularly and doing thorough physical exams.

Bearing in mind that consumption of iron supplements and upping the intake of iron-rich foods don’t generally improve iron levels; in this case, your healthcare provider will try to take a different approach. In order to make sure the body has sufficient levels of iron, you may need to receive periodic intravenous (IV) iron infusion or a daily dosage of oral glycine sulfate.

It is of huge importance for people with autoimmune gastritis to check iron and vitamin B12 throughout their life.

Another thing worth mentioning is that treatment of autoimmune gastritis revolves mainly around preventing anemia and complications associated with this condition. There is no pill or some other medicine that would eliminate autoimmune gastritis entirely. That’s why it’s also important to introduce healthy lifestyle measures that would alleviate inflammation and support doctor-recommended treatment.

Management of autoimmune gastritis could also improve treatment for Hashimoto’s thyroiditis. At least the body would be able to absorb the medications you receive properly.

Autoimmune conditions such as Hashimoto's thyroiditis are quite tricky due to the fact it's still not really known, what makes the body's immune system turn against healthy cells and tissues. But, just because it's a complicated condition, it doesn't mean you're out of options that would make you feel better. Here are some useful tips for patients who want to manage their Hashimoto's thyroiditis properly:

Hashimoto’s thyroiditis and autoimmune gastritis have a strong relationship.

Autoimmune gastritis can make treatment of Hashimoto’s disease more difficult due to malabsorption of levothyroxine, but it can also be the reason why patients don’t respond to treatment for their anemia.