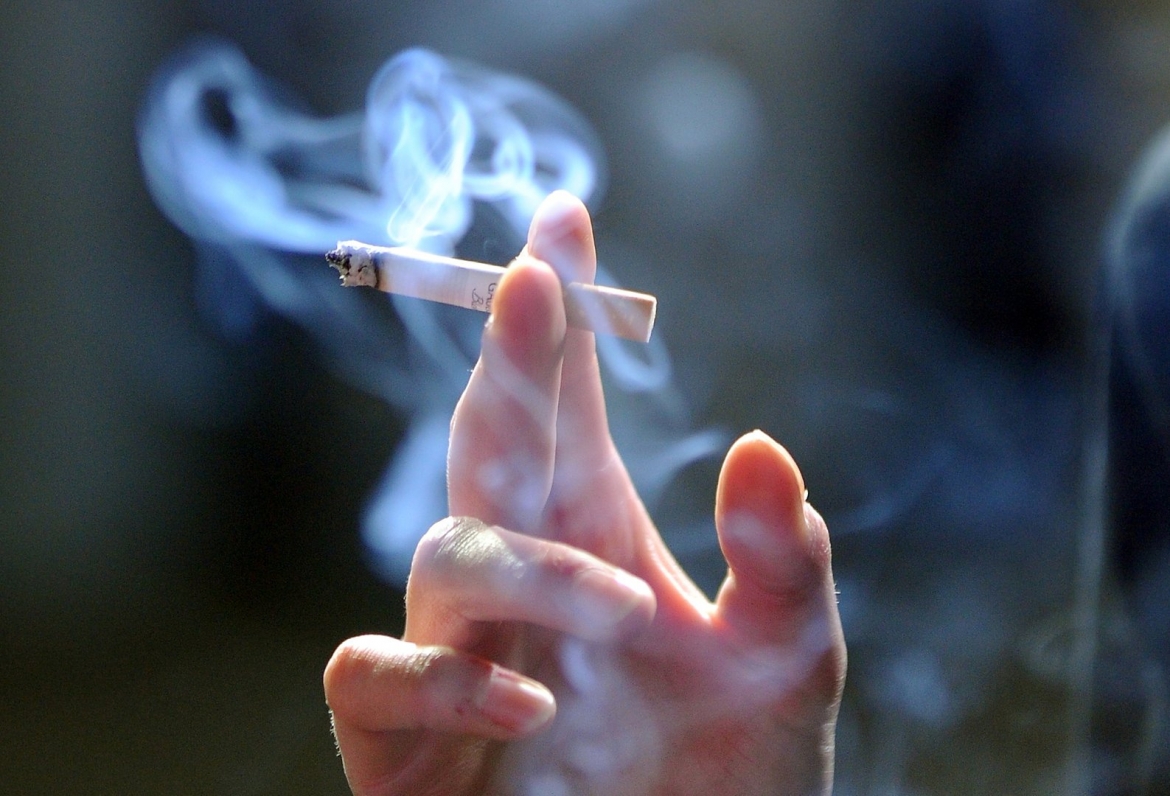 Impact Of Smoking On The Thyroid Gland

Smoking is considered a problem throughout the entire world, causing people to suffer from a number of diseases that causes premature death. Recent statistics show that over 480,000 people die each year with a direct link to cigarette smoking.

Second hand is just as damaging, contributing to over 41,000 deaths each year1 – this data only accounts for the United States. An approximate 37.8 million adults in the United States are smoking currently, with 76.1% of these people smoking cigarettes on a daily basis.

Publications about the damaging effects of cigarette smoking often revolve around the fact that this habit causes a risk of lung cancer, throat cancer, and similar diseases. What many fail to realize is that smoking does much more than contribute to the development of cancer. The Thyroid gland is one particular part of the body that suffers greatly among smokers.

In this post, we are going to take a look at how smoking affects the Thyroid gland. In addition to having an adverse effect on the function of the Thyroid gland, research has also shown that smoking can aggravate existing diseases and disorders that affect this particular gland.

The Role That The Thyroid Gland Plays In The Human Body

The Thyroid gland is medically known as the glandula thyreoidea. Many people associate the shape of this gland to a butterfly. It has two lobes that spread toward the left and the right sides of the throat, with tissue connecting the two lobes at the center.

The Thyroid gland depends on a bioavailable supply of iodine, a type of mineral, to produce these two hormones. This mineral is absorbed into the body’s blood circulatory system and is found in many foods that we eat. A large number of salt products are “iodized," which means they have added iodine in them – companies have started to add iodine to salt due to the prevalence of iodine deficiencies in the world.

Both of these hormones help to regulate the body’s temperature and also assists in the regulation of heartbeat and pulse. They also help the body convert food to energy, and has a number of roles to play in the nervous system within the human body.

How Smoking Affects The Thyroid Gland

Smoking has a relatively large number of adverse effects on the human body. It is well-known that smoking causes millions of people to develop lung cancer, as well as cancers within the throat and the mouth. Apart from being the leading contributor to cancer, smoking affects all other systems and organs in the human body.

The issue that comes into play here is a very specific chemical that is found in cigarettes. The chemical is known as cyanide. When a person smokes a cigarette, the cyanide is converted into thiocyanate, another type of toxic chemical, during the process. Thiocyanate caused various effects in the human body – and some of these effects are directly related to the Thyroid gland.

Let’s take a look at three of the most important effects to consider when it comes to the impact that thiocyanate has on the Thyroid gland:

One scientific study3 found that the prevalence of hypothyroidism may be as high as 10.95% - depending on the specific population taken into account during the study. Hypothyroidism is a condition where there is a lack of sufficient Thyroid hormones in the patient’s body. The condition has a number of potential causes, with the most common being an autoimmune disorder known as Hashimoto’s disease.

As mentioned previously, when a patient smokes, then the Thyroid’s ability to absorb iodine and produce Thyroid hormones is implicated. When the patient already has hypothyroidism, then it means the individual is at further risk of experiencing adverse effects due to their already poor functioning Thyroid gland. Even a slight drop in Thyroid hormones among patients who suffer from hypothyroidism can cause symptoms of the condition to become more serious.

This may cause symptoms like fatigue to become worse. The patient is also at an even higher risk of gaining excess weight, even if they do not make any significant changes to their current diet. Furthermore, the patient may also be at risk of experiencing mood swings, which is another common symptom that can develop in patients with hypothyroidism.

Smoking And Autoimmune Conditions That Affect The Thyroid Gland

Some of the most common reasons why patients experience Thyroid diseases is due to the development of an autoimmune condition. It is important to consider the fact that autoimmune reactions are often associated with inflammation – chronic low-grade inflammation that causes the body’s immune system to go haywire and start attacking healthy cells, thinking that these cells are actually harmful and causing damage to the body.

Now, with cigarette smoking, inflammation is a particular concern. It has been found that the chemicals found in cigarettes cause low-grade and chronic inflammation to develop in the human body. Combine this with an autoimmune disease – and suddenly the inflammatory responses are greatly increased.

The two particular autoimmune conditions that can affect the Thyroid gland include Hashimoto’s disease and Graves’ disease. Hashimoto’s disease causes the Thyroid gland to become less effective at producing Thyroid hormones, reducing the number of these hormones secreted into the blood circulatory system. Graves’ disease, on the other end, rather causes the Thyroid gland to become overactive. This leads to symptoms associated with hyperthyroidism, a condition that usually leads to an excess amount of Thyroid hormones being present in the blood supply.

Where Things Get Complicated

We have now established that smoking is bad for the Thyroid gland, especially in people with existing conditions that affect this particular gland. In some cases, the function of the Thyroid gland may be surpassed when the person smokes. This can lead to a reduction in the availability of Thyroid hormones in the patient’s body. In other cases, however, the Thyroid gland may rather start to work overtime, producing too many Thyroid hormones. This is particularly the case in patients with the autoimmune condition known as Graves’ disease, which causes hyperthyroidism.

This is also where things get complicated. While smoking cigarettes have been found to cause a suppression of Thyroid function in the majority of cases, leading to a reduction in Thyroid hormone production, smoking has also been found to increase the risk of developing a goiter. A goiter is a type of growth that affects the Thyroid gland – when this growth develops, it starts to produce Thyroid hormones. The result is an elevation in Thyroid hormones being secreted into the blood circulatory system.

The risk of developing a goiter for smokers become elevated when a person has a deficiency in iodine.

Does Smoking Cause Thyroid Cancer

Thyroid cancer is a serious condition that causes death. Since smoking cigarettes have been associated with a number of cancers, including lung cancer and mouth cancer, it would seem obvious to think that smoking would also contribute to Thyroid cancer. This is especially the case since we have already discussed the fact that smoking does have an adverse effect on the Thyroid gland. Unfortunately, results from studies have been somewhat mixed.

How These Risks Can Be Reduced

At the moment, many people are turning to alternatives to smoking in order to reduce the effects that smoking cigarettes has on their bodies.

Vaping does seem to be an effective alternative and, since vaping does not contain the specific chemicals found in cigarettes, there may be a reduced risk that vaping could affect the Thyroid gland in the same way as tobacco products. Still, long-term studies are needed in order to provide more details on how vaping may affect the Thyroid gland and if it does pose a safer approach.

The Thyroid gland has a number of important functions to play in the human body, but there are many factors that can implicate its functionality and cause issues.

Smoking is one particular factor that can have an adverse impact on the Thyroid gland’s function and also cause existing conditions to become worse. Smoking cessation can assist in reducing these risks and may contribute to a healthier overall Thyroid gland.

1 Current Cigarette Smoking Among Adults in the United States. Centers for Disease Control and Prevention. https://www.cdc.gov/tobacco/data_statistics/fact_sheets/adult_data/cig_smoking/index.htm