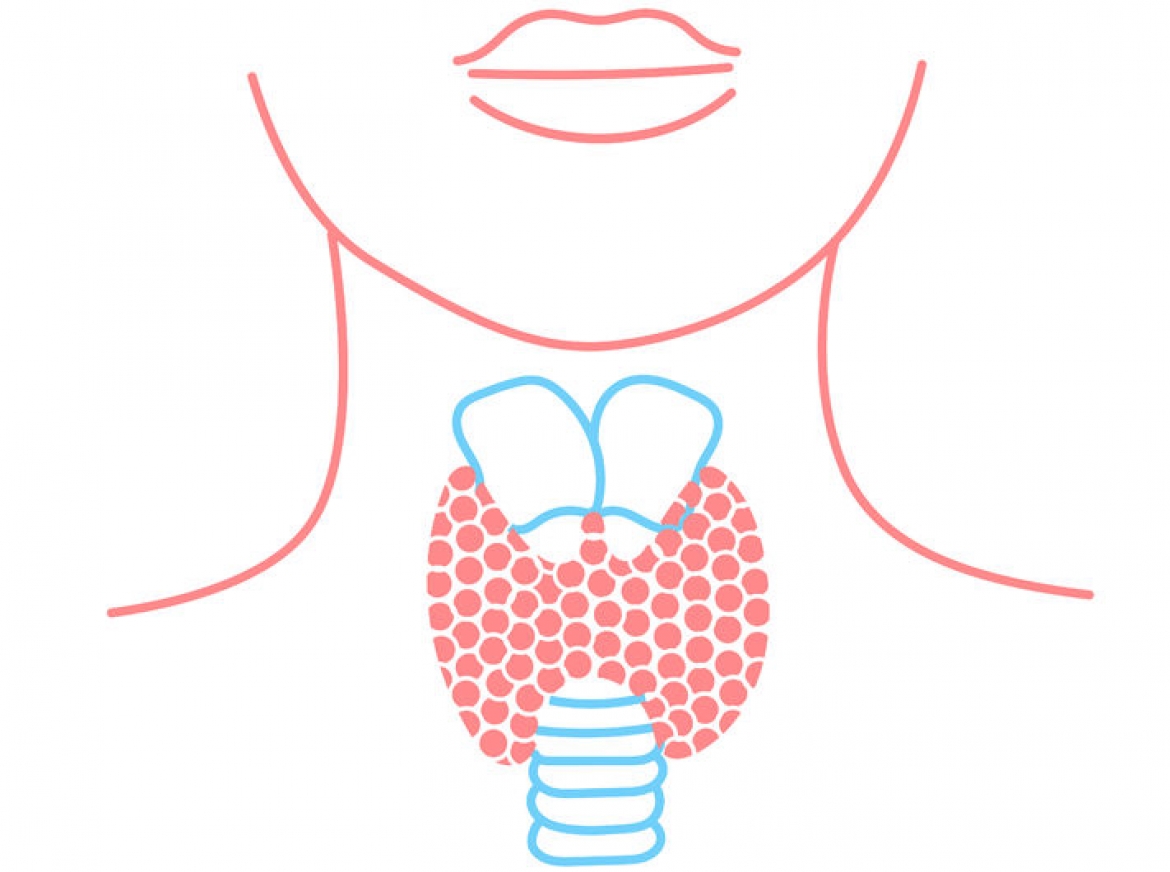 Effects of Thiamine on Thyroid Fatigue

Maybe it’s more than just sleepless or your taxing work.

You might be experiencing one of the hallmark symptoms of Hypothyroidism, wherein the body cannot produce the sufficient amount of thyroid hormones that the body needs.

This usually results from nutrient deficiencies, Hashimoto’s Thyroiditis, surgical removal of the thyroid gland, or exposure to chemicals or radiation.

As a matter of fact, 21% of patients seen at the primary care level report fatigue as a presenting symptom.

Forgetfulness and judgment errors can also occur with this condition.

In essence, fatigue can lead to an increase in incidence rates, medical costs, absenteeism, sick rate, and turnovers, among many other outcomes.

Unfortunately, fatigue manifests long before the onset of other hypothyroidism symptoms, and often persists until after treatment.

Although this is the case, you can still break free from the grapples of hypothyroidism-caused fatigue with the help of Thiamine, otherwise known as Vitamin B1.

Thiamine is one of the eight B Vitamins otherwise known as the B-Complex Vitamins. It goes by the name Vitamin B1 as it was the first B Vitamin to be discovered.

It was first isolated from a rice bran in 1926 by Jansen and Donath.

In 1936, it was identified by Williams and named so as Thiamine due to the thiazole and amino groups found in the vitamin.

It was in 1937 when improved research processes managed to yield the first commercial production of Vitamin B1.

It has several functions, to wit:

True to its moniker as the “Anti-stress” vitamin, Thiamine helps the body by boosting its immunity and improving its capacity to endure strenuous situations.

Most importantly, it can help increase energy.

Such can combat fatigue, which is due to the hampered energy metabolism that occurs in hypothyroidism.

Thiamine Deficiency and its Link to Fatigue

However, it is also linked with vitamin deficiencies.

A study by Heap, Peters, and Wessely showed that people suffering from Chronic Fatigue Syndrome – which is common in patients suffering from Hypothyroidism – demonstrated B complex deficiencies of Thiamine and Pyridoxine, among many others.

Since it is vital in converting food into the body’s fuel, low levels of Thiamine can lead to the lack of energy which patients characterize as fatigue.

Thiamine deficiency can also lead to the development of hypothyroidism, where fatigue is one of the many symptoms.

Low levels of Thiamine impair the liver’s ability to detoxify estrogen, which can then suppress the thyroid gland and lead to hypothyroidism.

In the case of diabetes where carbohydrates are not metabolized adequately, the T3 Thyroid hormone cannot be utilized efficiently, and hypothyroidism can take place.

As such, patients with hypothyroidism are recommended to undergo a Vitamin B deficiency screening, apart from other routine exams.

This is vital for the physician to be able to prescribe the right dose for Thiamine supplementation.

History of Thiamine Treatment for Fatigue

Thiamine as treatment for fatigue is not a novel finding, as it has been used in many conditions.

According to experts, fatigue can result from the failure of thiamine-related processes, some caused by inborn metabolic disorders.

They add that symptoms can be reversed if an individual were given increased Thiamine concentrations in the body.

In 2009, a study involving rats showed that Thiamine, specifically its derivative Thiamine Tetrahydrofurfuryl Disulfide or TTFD, combats the effects of fatigue by enhancing energy metabolism in the event of physical fatigue.

In addition is a 2013 Fibromylagia study by Costantini et al, which showed that there was a considerable decrease in the fatigue of the three patients who were supplemented with Thiamine at doses ranging from 600 to 1800 mg/day.

After the treatment, the participants’ Fatigue Severity Scale decreased by 71.3%, 37%, and 60.7% respectively.

The same positive findings were obtained in a study of Multiple Sclerosis patients.

In another 2013 study by Constantini et al, results showed that 14 out of 15 patients reported decreased fatigue 20 days after Thiamine therapy.

At the end of the study, the participants’ fatigue severity scale dropped to 26.8, characterized as low-medium fatigue, compared to the average of 45.4 or severe fatigue, prior to the start of the treatment.

Another study by Constantini the same year showed that Thiamine improved symptoms of fatigue and motor problems in patients with Friedrich’s Ataxia.

One patient reported a 57.8% improvement in fatigue severity after Vitamin B1 administration.

From a severe fatigue scoring of 52 points, the rating plunged to 23 points, which is categorized as low-medium fatigue.

The promising findings above urged Constantini to conduct another study, this time focusing on the effects of Thiamine on fatigue caused by thyroid problems such as Hashimoto’s Thyroiditis.

The study, published in 2014, theorized that chronic fatigue that came with the aforementioned maladies can be linked to a mild thiamine deficiency, resulting from abnormalities in enzymes or intracellular transport.

Despite being treated with the hormone Levothyroxine, and although lab results showed that thyroid function tests were within the healthy range, some patients did not experience relief from fatigue.

This prodded Constantini and his colleagues to treat fatigued patients with Levothyroxine with Thiamine supplementation.

The three patients, which were treated from May to July 2011, were given Thiamine Supplementation with doses ranging from 600 to 1000 mg/day.

Lesser, if not absent levels of fatigue, were reported by the patients hours to days after Vitamin B1 administration.

With this breakthrough finding, more and more physicians are incorporating Thiamine in the treatment regimen of fatigued patients with Hypothyroidism.

Where to Get Thiamine

Given the promising results of Thiamine supplementation, it is important that you obtain your dose of Vitamin B1 according to the daily recommended intake table below:

Remember that Thiamine cannot be stored in the body.

The limited stores can be depleted two weeks after following a diet deficient of this vitamin.

As such, it must be obtained through many food sources, such as beef, poultry, or pork.

It can also be acquired from bran, legumes, nuts, brewer’s yeast, blackstrap molasses, wheat germ, and enriched/whole-grain rice and cereals.

Spinach, cantaloupe, milk, and eggs are considerable sources of Thiamine as well.

Although Vitamin B1 can be gained from a number of sources, its levels can dwindle due to methods of food preparation.

Commercial baking and the use of sulphite and bisulphite preservatives for meat can lower the Thiamine levels readily available in food.

Use of tin and glass containers can also destroy Thiamine in food.

As such, it is important that you heed the following tips on food preparation so as to preserve the optimal levels of Vitamin B1 in your food:

Additionally, you can take Thiamine supplementation, which are available in the forms of soft gels, tablets, lozenges, and liquid drops.

Such supplements are available under the names Thiamine Mononitrate or Thiamine Hydrochloride.

According to experts, the range of 50 to 100 mg of Thiamine is recommended for supplementation, apart from the recommended dietary allowance indicated above.

In cases of severe Thiamine depletion, supplementation can be given as injection through the vein by a qualified health service provider.

Since Thiamine is a vitamin, it is generally safe to take on a daily basis.

However, you can develop stomach aches and upsets should you take higher than recommended doses.

There are also some rare cases where allergy develops and symptoms such as skin irritation occurs.

In the event that you need to take Thiamine for a prolonged period of time, you need to ingest it with the other B Vitamins in the form of a Vitamin B Complex supplement to avoid the ‘imbalance’ between the said substances.

As with other supplements, Thiamine can interact with some of the medications you are currently taking.

Consult with your physician prior to taking supplementation in order to avoid the following interactions:

Thiamine absorption can also be decreased if you are fond of drinking tea and coffee, or chewing betel nuts and tea leaves.

These products contain anti-Thiamine factors which break down the vitamin available in ingested food.

Shellfish and raw freshwater fish can also bring about Thiamine deficiency since they contain chemicals that destroy the vitamin.

Chronic alcohol abuse also leads to lower Thiamine levels in the body, as this condition results to impaired absorption and increased urinary excretion of the vitamin.

Fatigue related to hypothyroidism can take a toll on your productivity, health, and well-being.

If your symptoms do not subside even with hormone treatment, then it is time that you consider Thiamine supplementation for the tiredness that comes with your thyroid condition.

With the many studies showing Thiamine’s effect on decreasing fatigue severity, there is no reason why you should not include it in your vitamin supplementation regimen.