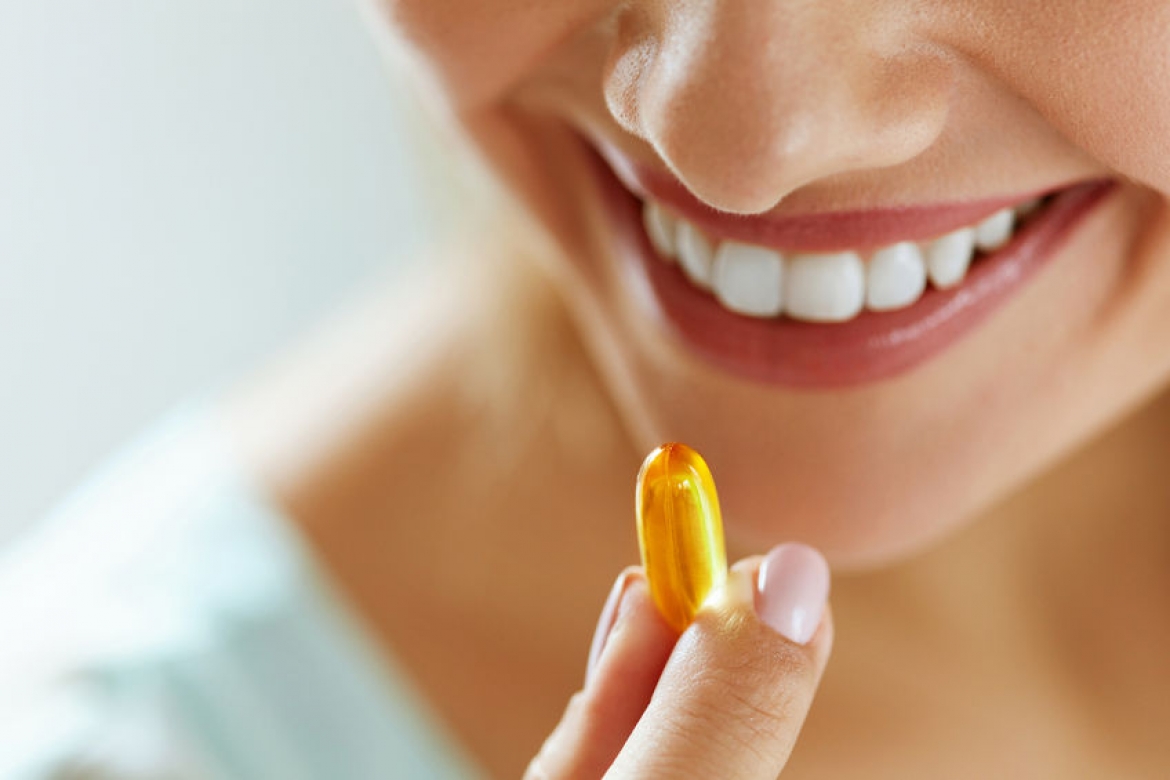 Approximately 300 million people around the world suffer from thyroid disorders.

Genetics, as well as environmental exposure, are common risk factors for the disease.

The most prevalent thyroid conditions are hypothyroidism and hyperthyroidism, and, according to a study by Bajaj et al, leaving them untreated can lead to the development of many maladies, particularly cardiovascular disorders.

With that being said, fish oil’s benefits on heart health has been touted as the new savior for people at risk of developing cardiovascular disease due to thyroid dysfunction.

Thyroid hormones affect many of the body’s metabolic activities.

As such, aberrations in thyroid homeostasis can affect lipid levels in the body. Additionally, it can further lead to the development of several cardiovascular problems.

Even if a person has normal TSH levels, the existence of thyroid dysfunction can lead to increases in the following:

Similarly, Rizos and his colleagues have postulated that increases in TSH levels were in tune with decreases in High-Density Lipoprotein Cholesterol. Also known as ‘good cholesterol,’ it can actually get rid of cholesterol buildup in the arteries.

A rate of 60 mg/dl and higher is deemed protective against heart conditions.

Hypothyroidism, otherwise known as an underactive thyroid gland, is a disorder characterized by the body’s inability to produce the needed amount of thyroid hormone.

This can be caused by autoimmune disease, surgical removal of the thyroid gland, radiation therapy, thyroiditis, congenital hypothyroidism, pituitary gland damage, low intake of iodine, and intake of certain medications.

Common in women, hypothyroidism symptoms are often barely noticeable. They include:

If left undiagnosed and untreated, hypothyroidism, which is prevalent in 4.6% of the general population, can lead to the development of many conditions, such as heart disease, obesity, joint pain, and infertility.

Of the common thyroid disorders, overt hypothyroidism is the one that exerts the most adverse effect on a person’s cholesterol levels.

It is, in fact, a symptom of the disease. As such, hypothyroid patients have been known to exhibit high levels of total cholesterol, low-density lipoprotein cholesterol, and triglycerides.

Surges in the first three have been linked with an increased risk of developing CVD.

Although this is the case, in some cases, some have been known to exhibit elevated levels of high-density lipoprotein cholesterol.

Apart from cholesterol level increases, hypothyroidism upsets other bodily functions that can further promote the risk of developing coronary artery disease. Such mechanisms include:

Proving this claim is a study made by Auer et al. The research dealt with 100 patients who underwent coronary angiography and had their thyroid functions assessed afterwards.

Results showed that those who have high coronary artery disease risk (2 or 3 narrowed heart vessels) have low levels of T3, a hallmark finding of hypothyroidism.

If diagnosed immediately, lipid derangement in hypothyroid patients can normalize after 4-6 weeks of Thyroxine therapy.

While some experience falls in cholesterol levels, some develop secondary dyslipidemia. However, these individuals cannot start therapy immediately as the physician needs to evaluate the patient’s thyroid function prior to treatment.

After all, statin therapy and hypothyroidism BOTH bring about an increase in creatine kinase. Such can lead to an erroneous diagnosis of heart attack and other neuromuscular conditions.

It is not only the overt hypothyroid who suffer from an increased risk of suffering from heart disorders. Those with subclinical hypothyroidism can experience this as well, at least according to a study done by Rizos et al.

Subclinical hypothyroidism, which is characterized by increased TSH and normal T3 and T4, has been known to increase one’s risk of developing myocardial infarction (heart attack) and aortic atherosclerosis (plaque deposition in the heart artery.)

This happens because of subclinical hypothyroidism’s ability to increase total cholesterol and low-density lipoprotein cholesterol.

In some cases, increased triglyceride and high-density lipoprotein cholesterol have been noted as well.

As with the prior illness, cholesterol levels have been known to decrease following the thyroxine therapy of patients with subclinical hypothyroidism.

Hyperthyroidism, or an overactive thyroid, is a condition wherein there is excess production of the hormone thyroxine.

It is often caused by Graves Disease or thyroiditis, with the former running in families and putting afflicted kins in relative risk.

Immune deficiencies and viruses, as well as excessive intake of thyroid medications, can also lead to the onset of hyperthyroidism.

Hyperthyroidism works by accelerating metabolism, and its symptoms (as stated below) are usually mistaken for other conditions:

Since hyperthyroidism affects metabolism, high thyroxine levels lead to an accelerated synthesis of adiponectin, a hormone produced by adipose tissue or body fat.

Compared to other fat-produced hormones, adiponectin has protective properties, as it reduces the risk of developing diabetes, atherosclerosis, and inflammation.

With that being said, hyperthyroidism’s effect on adiponectin is actually beneficial in reducing the risk of cardiovascular disease and atherosclerosis in afflicted individuals.

Expectedly, a study by Nigro et al has also noted that a higher adiponectin level is also linked with a lower risk of developing hypertension.

Other studies show that hyperlipidemic patients experience an unexpected decrease in cholesterol levels after developing hyperthyroidism.

Although this is the case, treatment of hyperthyroidism almost always results in the recurrence of high cholesterol levels in the aforementioned individuals.

To summarize, even with hyperthyroidism’s ability to decrease triglyceride levels, they are expected to increase once treatment has been instituted.

As it has been mentioned, thyroid disorders, especially hypothyroidism, can increase one’s risk of developing cardiovascular conditions.

Although treatment can help lower cholesterol levels (as seen in hypothyroid patients,) it is not given as promptly as warranted as hypothyroidism symptoms are almost always barely noticeable in the beginning.

And when diagnosis is done definitively, it is usually too late to bring down the cholesterol levels to the safe parameters. This is the reason why secondary dyslipidemia often occurs in patients with thyroid disorders.

Although this is the case, a natural supplement – fish oil – has been deemed as the savior of those who suffer from thyroid-induced cholesterol problems.

After all, scientific literature shows that it is effective in combating coronary artery disease and hypertriglyceridemia – just some of the adverse health effects associated with thyroid problems.

What is Fish Oil?

Fish oil is a dietary supplement that contains Omega-3 fatty acids, which are polyunsaturated fatty acids found in fatty fish (hence the name.)

The three major Omega 3-fatty acids are the following:

Fish oil’s thrust to health fame is not new, as its effects were first observed in curiosity in 1944. The subjects - Greenland Eskimos – were observed to have a lower prevalence of coronary heart disease, optimum lipid levels, and healthy blood pressure ranges compared to Westerners.

Upon further investigation, scientists were able to link this to the high levels of omega-3 fatty acids in their bloodstreams.

This was then traced back to their diet, which consists of an average of 500 grams of fish per day.

Fast forward to the present, and now fish oil is being utilized in the management of cardiovascular conditions.

Rich in EPA and DHA, it is effective in lowering one’s risk of developing disorders such as coronary artery disease, abnormal heart rhythms (arrhythmia,) hypertriglyceridemia, even diabetes. In fact, intake of 3-5 grams of fish oil per day can reduce triglyceride levels by as much as 50%.

After from exerting health wonders on the heart, fish oil is also known to help improve immunity and reduce inflammation.

Apart from supplementation, obtaining the ideal amounts of Omega-3 fatty acids can be achieved by eating oily fish at least twice a week.

Although fish oil consumption is ideal for individuals with lipid problems brought about by thyroid dysfunction, caution should be observed when it comes to eating a high-fish diet.

Variants such as mackerel, swordfish, tilefish, and shark are known to exhibit high levels of mercury. Safer alternatives include herring, salmon, sardines, trout, shrimp, and oyster.

Fish oil, without a doubt, is a life saver for those who are at risk of developing cardiovascular diseases. While it is all natural, it is not without side effects.

According to the US FDA, intake of Omega-3 fatty acids, whether through fish or supplementation, should not exceed the daily maximum of 3 grams.

Common side effects associated with Omega-3 fatty acids include:

Most importantly, this supplement can thin the blood, so you can expect some easy bruising while taking fish oil. As such, you need to seek the doctor for advice before taking it.

This is especially the case if you are taking other blood-thinning medications such as Coumadin.

While Omega-3 fatty acids can help reduce the risk of developing cardiovascular diseases, it is known to increase low-density lipoprotein cholesterol levels by as much as 5%.

However, a study done by Artham et al shows that this is offset by fish oil’s ability to lower triglyceride levels by as much as 50%.

Cholesterol Levels: What You Need to Know. (n.d.). Retrieved November 22, 2017, from https://medlineplus.gov/magazine/issues/summer12/articles/summer12pg6-7.html