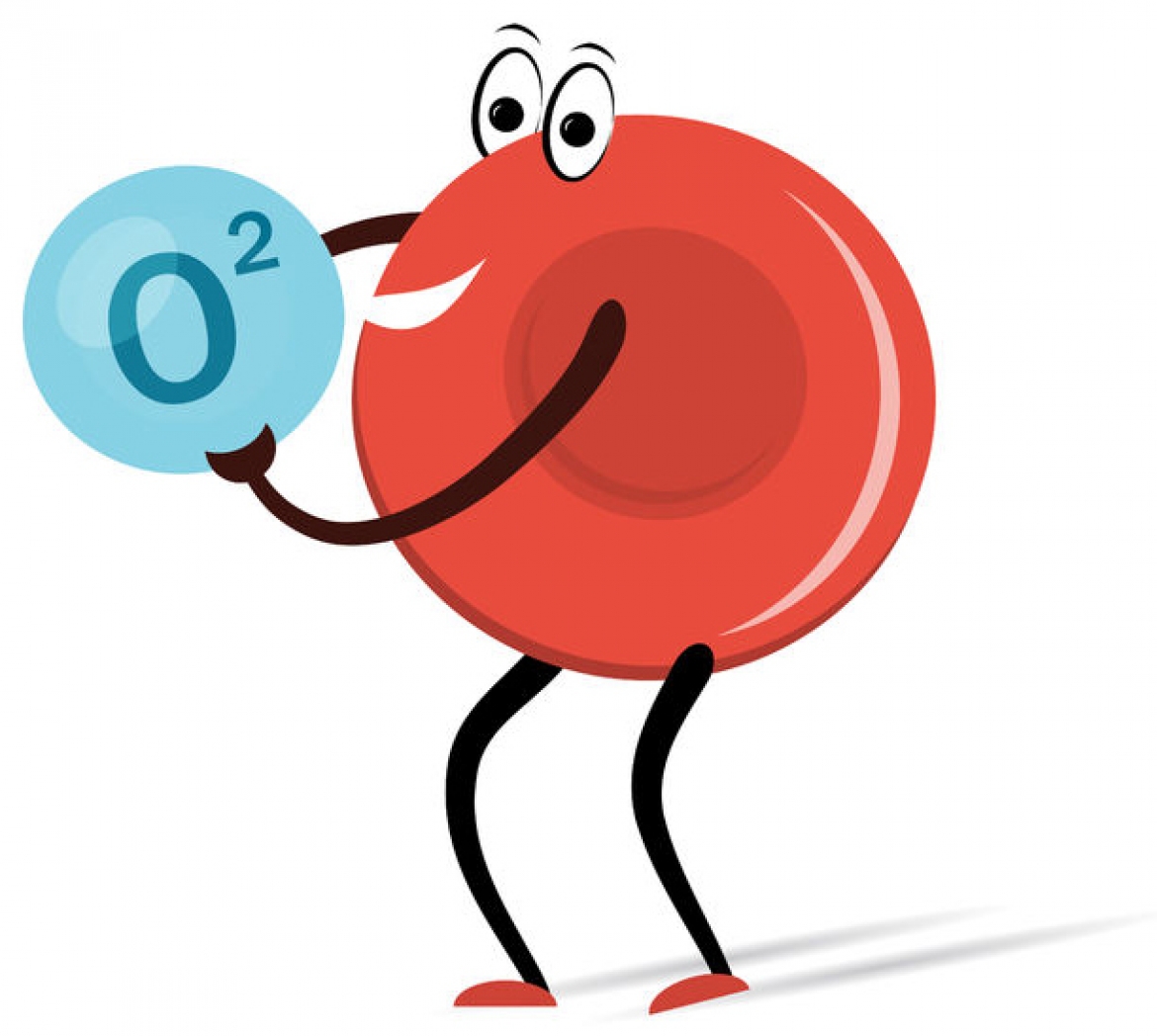 As hypothyroidism becomes more and more widespread across the world, doctors and medical professionals are looking to explain the phenomena by connecting it with other health issues that may be to blame.

One connection that is being researched involves hypothyroidism and anemia. What was once never thought of is now an important pairing that many researchers are looking into to figure out medical concerns causing havoc on the body.

For a review, remember that hypothyroidism is essentially a thyroid that is underactive. It does not properly, doing less than it should be throughout the body. Without the production of necessary hormones, due to hypothyroidism, the body does not function appropriately.

What are the Types of Anemia?

Anemia happens when red blood cells lack in production and scientific measures show there is a low blood count in the body. Scientists believe there is a connection between hypothyroidism and anemia because of a few reasons.

Normally, hormones from the thyroid usually increase the red blood cell count in the body. When there is a deficiency, the production lacks and bone marrow does not receive the necessary red blood cells that it normally gets. This is the most common anemia that happens, when the thyroid is underactive.

All anemia issues occur because of autoimmune issues. Pernicious anemia is another issue that happens when the thyroid is underactive. Furthermore, people with this type of anemia may also have Hashimoto’s, which is connected with hypothyroidism, too.

Statistics show that 1 out of 10 people who have hypothyroidism and Hashimoto’s will have pernicious anemia sometime down the road.  Additionally, when this type of anemia occurs in the body, the stomach struggles to absorb any food that has B12 in it.

The deficiency only worsens as time goes on, causing more and more complications. This specific anemia is a lot more frequent than the other anemias, about 20 times more prevalent in hypothyroid patients to be exact.

Microcytic anemia is another type of blood issue. This usually happens when someone is not able to absorb iron into the body. Another blood problem is macrocytic anemia. Absorption of folic acid and vitamin B12 do not happen when an individual has this type of anemia, leading to a malnourished body with signs of unhealthy weight loss.

With patients who already have hypothyroidism, macrocytic anemia is found in over 50% of people. Normocytic anemia, or the “uncomplicated anemia,” is the next blood problem on the list. This anemia has more to do with the metabolism not working like it should. Erythropoietin levels drop causing normocytic anemia time after time in humans.

When the thyroid is underactive, individuals can feel exhausted all the time. Other symptoms include feeling cold, like the heater needs to be turned up, and dealing with dryness of the skin, where no lotion can rehydrate. Forgetfulness and depression can rear its head when hypothyroidism occurs. Even constipation can be a result of an underactive thyroid. However, one of the most serious symptoms of hypothyroidism is anemia.

Unfortunately, in many cases, there is no cure for hypothyroidism, but people are able to manage the pain over time. If anemia is present for someone with hypothyroidism, an iron deficiency is probably happening within the body.

Ultimately, hypothyroidism symptoms vary from person to person. Someone with minimal symptoms might not even know they have hypothyroidism. Some of the warning signs for hypothyroidism include gaining of weight and tiredness. Individuals might also notice that they are having muscle fatigue and weakness.

Lastly, women specifically may notice their hair start to thin, a slowing of the heart rate, spiking cholesterol levels, and random periods that occur out of nowhere.

Medical professionals started to notice that there were similar symptoms between anemia and hypothyroidism. Some anemia symptoms include: inflammation, infection, cancer, kidney malfunction, and autoimmune issues.

As stated earlier, a vitamin B12 deficiency can bring about symptoms in the body such as intestinal issues, and iron and folic acid deficiencies.

Other frustrating indications of anemia may involve heavy periods, chronic issues that do not go away over time, a pale skin complexion, shortness of breath, and feelings of fainting. Symptoms that are similar to hypothyroidism are exhaustion, muscle weakness, and an irregular heartbeat in the body.

Who May Have Hypothyroidism and Anemia

Hypothyroidism can happen to anyone, but it is more prevalent in women more than men. For women, if they are over 60 years of age, they have a higher chance of developing an underactive thyroid. However, hypothyroidism can also happen to young children and infants, too.

Sometime, babies are born with a malfunctioning thyroid gland and hypothyroidism can develop over time in their little bodies, too.

Of course, if an individual deals with hypothyroidism, there is a chance that anemia can occur, too. Studies have shown that patients with an underactive thyroid are two times as likely to be anemic. Recently, researches have looked for connections between anemia and hypothyroidism. They have found that the types of anemia hypothyroidism can effect include macrocytic, microcytic, and normocytic anemia.

Many people do not even find out they have hypothyroidism until they are a diagnosed anemic first. One of the main reasons researchers can connect hypothyroidism and anemia is because they both show levels of an iron deficiency in the blood.

Research published in December of 2011 gave more light to the issue of hypothyroidism among people across the world. The study, titled “Characteristics of Anemia in Subclinical and Overt Hypothyroid Patients,” used 400 patients, and was published in the Endocrine Journal. The study group was broken into 3 groups. The first group had overt hypothyroidism, the second, subclinical hypothyroidism, and the third was a healthy group.

In a healthy individual, the hormones were at a normal level with nothing different from the T4 levels as well. However, half of the research group had some form of hypothyroidism, an uneasy find that showed hypothyroidism is truly a problem.

Additionally, 39% of people with subclinical hypothyroidism had anemia as well. From the entire study of individuals, 26% of individuals had anemia. Additional information showed that throughout the group, vitamin B12, folic acid, and iron levels did not change for all individuals.

There was no correlation to vitamin levels shifting up and down, if a person had hypothyroidism or not. Ultimately, the study pinpointed that whenever anemia occurred in the body, it had more to do with a chronic disease than anything else. Even if the patient had subclinical or overt hypothyroidism, chronic issues were more to blame for the problem.

The last study involved research where medical professionals calculated that anemia could be diagnosed in a range of 20 to 60% of patients who already have hypothyroidism. This research was done by using a radioisotopic analysis, which estimated the plasma within patients who had hypothyroidism. Furthermore, this analysis showed that an increase of hemoglobin levels was actually inaccurate making hypothyroidism a real thing for the patients who were tested.

Also, if patients did not know they had hypothyroidism, they would know after they had been tested positively for anemia.

Depending on what the tests say, patients may be asked to start on a supplement of iron. Some of the iron supplement brands include Fergon, Feosol, and Major Iron Supplement. Also, there is another type of treatment that uses a synthetic hormone and it is called levothyroxine. This oral prescription increases the hormone levels for an underactive thyroid, and many patients see positive results in only a few short weeks.

Remember that having the right dosage is important because if it is off, negative symptoms can take place like the jitters, insomnia, and even an irregular heartbeat. Furthermore, it is imperative that the doctor knows what else an individual is taking, as to not interfere with levothyroxine. If an interference does happen, the effects of hypothyroidism can become even worse.

Another treatment option, but as a last resort, is a blood transfusion. By performing this procedure, new blood enters into the body, and allows new red blood cells to hopefully populate the body. In the past, blood transfusions have had a stereotype of being so dangerous that they would lead to death. Today, this procedure is very safe and blood is received through a tube called the intravenous (IV) line. Nearly 5 million people in the United States of America need a blood transfusion each year for a wide range of reasons.

When a patient has hypothyroidism, it is very likely that they will have anemia as well. Fortunately, there are a lot of medications and treatments out there for people to try to fix the situation they are dealing with. Remember it is important to check with a doctor whenever new medication, supplements, or treatments are used to combat hypothyroidism and anemia.

Ultimately, an individual’s health is of the utmost concern, and doctors do their best to look for the warning signs of hypothyroidism and anemia. Individuals dealing with hypothyroidism and anemia should not be down on themselves because this is something that a lot of other people deal with as well. Finally, this means that there are a lot of people to talk to for help and guidance.