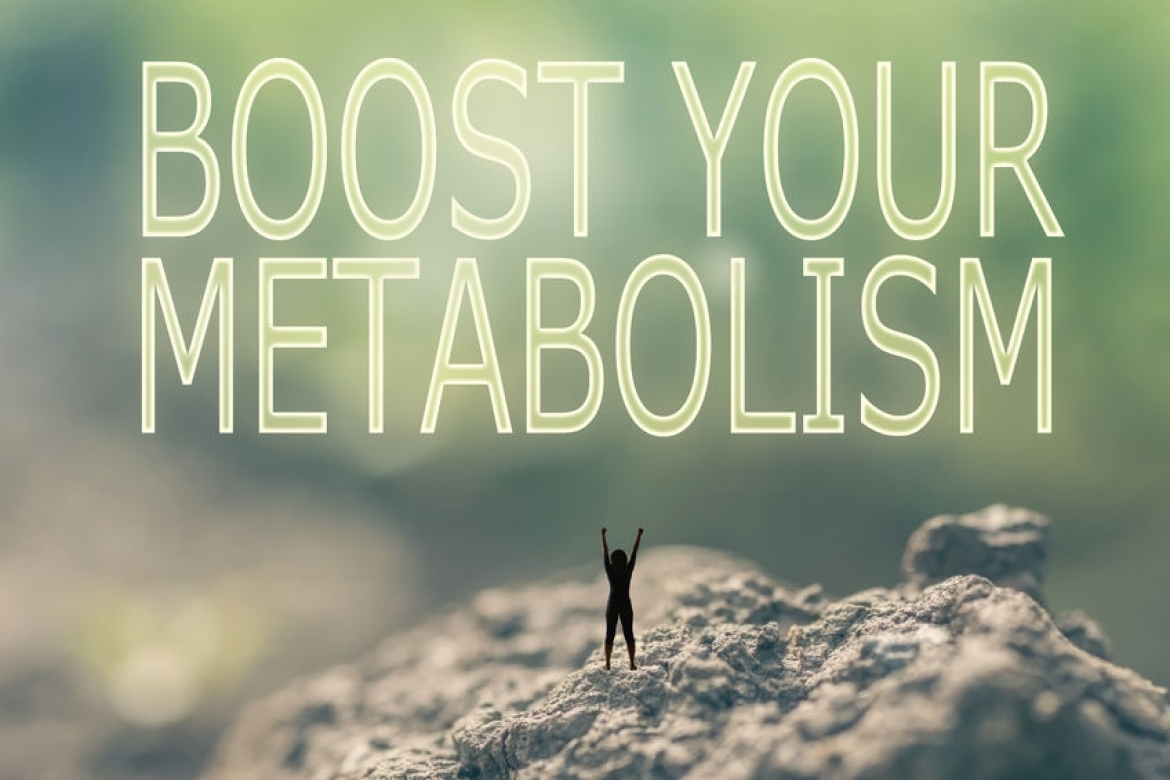 5 Reasons Why Your Thyroid and Metabolism Is Slow

Your Thyroid is responsible for the hormones regulating your metabolism. It extracts iodine, as well as secondary nutrients such as tyrosine, from the bloodstream and produces the hormones thyroxine (T4) and triiodothyronine (T3). T3 and T4 are transported throughout the body where they control the body's metabolism, determining how many calories to convert to energy. If your body is feeling slow, if you're more tired than usual, or if you just don't feel like you used to, your thyroid might be the reason behind these problems. 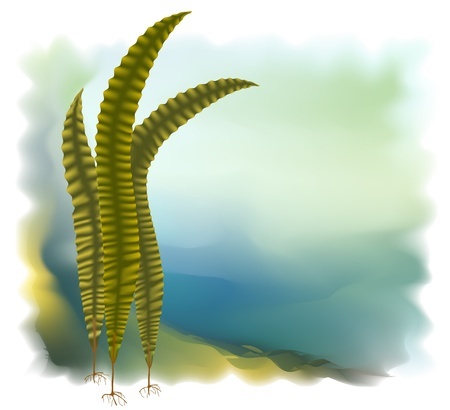 Iodine is the most important nutrient for the synthesis of T3 and T4. In fact, the numbers that come after the T indicate the number of iodine atoms bonded to the structure. T4 has four iodine and if it loses one, it becomes the active form T3. However, the body cannot produce Iodine on its own; it requires consumption from outside sources. Foods high in iodine include iodized table salt, seafood, seaweed, meat, and eggs. The National Institute of Health recommends 150 mcg of Iodine for males and females over the age of 19. This amount increases to 220 mcg for women that are pregnant and 290 mcg for women that are breastfeeding. However, since Iodine is not listed on food labels, it is often difficult to make sure the recommended amount is being consumed. For this reason, many people turn to supplements, where the exact amount of Iodine is listed on the supplement facts label, to ensure the thyroid has an adequate amount without any deficiencies.

This occurs when an inflamed disorder in the immune system mistakes healthy organ tissue as foreign and causes white blood cells to attack the organ cells. For example, diabetes, multiple sclerosis, and lupus are autoimmune diseases. In regards to the thyroid, two of the most commonly recognized autoimmune diseases are called Hashimoto’s and Graves’ diseases. These diseases most often occur in middle aged women, and to a lesser extent males, and may result in the destruction of the thyroid gland. This is a serious medical condition and requires medical doctors to diagnose and treat the disease. 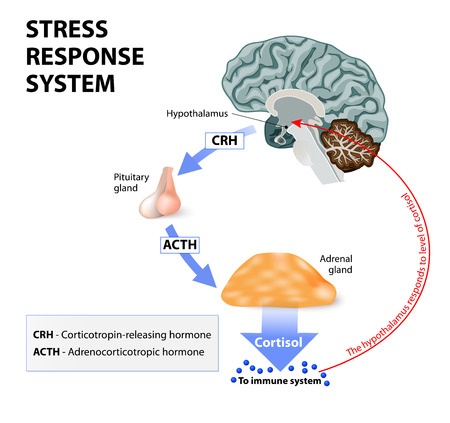 Several studies show a link between chronic stress and thyroid dysfunction. According to them, when a body is under stress, the brain releases corticotrophin-releasing hormone (CRH) which results in the pituitary gland producing adrenocorticotropic hormone and eventually the adrenal glands making cortisol. CRH and cortisol, however, can suppress the thyroid-stimulating hormone (TSH) and may limit the conversion of T4 to T3. Furthermore, cortisol requires tyrosine in order to be produced. Since this amino acid is also needed for thyroid hormone production, the daily intake may need to be increased or there might be shortages throughout the body. It is also important to note that the thyroid is not the only organ affected by stress. According to the American Psychological Association, stress also impacts the musculoskeletal, nervous, and respiratory systems, among others. Improving diet, using relaxation techniques, and exercising regularly may reduce stress and improve thyroid function as well as other system throughout the body.

This is a common condition where women, often during perimenopause and menopause, experience much higher estrogen levels compared to progesterone. According to several studies, this lack of balance slows conversion of T4 into T3, resulting in lower T3 levels and higher production of Thyroxine-binding globulin (TBG). Estrogen Dominance further reduces thyroid hormone utilization by cells. This results into lower thyroid production. Women who have this condition often have hot flashes, flushing, weight gain, and brain fog. Aging, adrenal glands, birth control, cortisol, and xenohormones, also known as laboratory synthesized chemicals, are some of the common reasons this hormone imbalance occurs. According to Women to Women, lifestyle changes as well as keeping a closer eye on your diet and exercising more may help reverse this condition. Hormone replacement therapy is also another method of treatment. 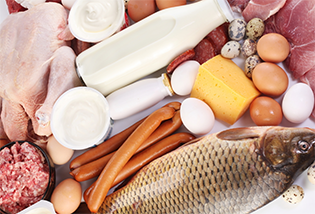 You probably already know this by now: nutrition is very important to healthy thyroid function. Iodine was already thoroughly discussed in this article as a possible reason why your thyroid might not be working as usual, but it is far from the only essential ingredient the thyroid requires. Amino acids, vitamins, and minerals like selenium, copper, vitamin B12, magnesium, tyrosine and zinc all play pivotal roles as well as shown in many studies. Make sure you are getting the proper recommended amount of each nutrient in your diet. Eating healthy diverse foods can help achieve this. The consequences of skipping out on even one vitamin or mineral may be serve. One particularly interesting study that was conducted in 1995, shows that rats who have a diet lower than the recommended amount of copper ended up having more hypothyroidism symptoms; lower T3 levels and increases in TSH levels. In this study, three groups of rats were given different diets consisting of recommended amounts of barley, or deficient copper intake for about a month. The rats who were copper deficient ended up having significantly lower TSH levels, compared with the rats who were fed the recommended diet. Although this experiment was conducted on rats, similar findings may be present in humans as well. 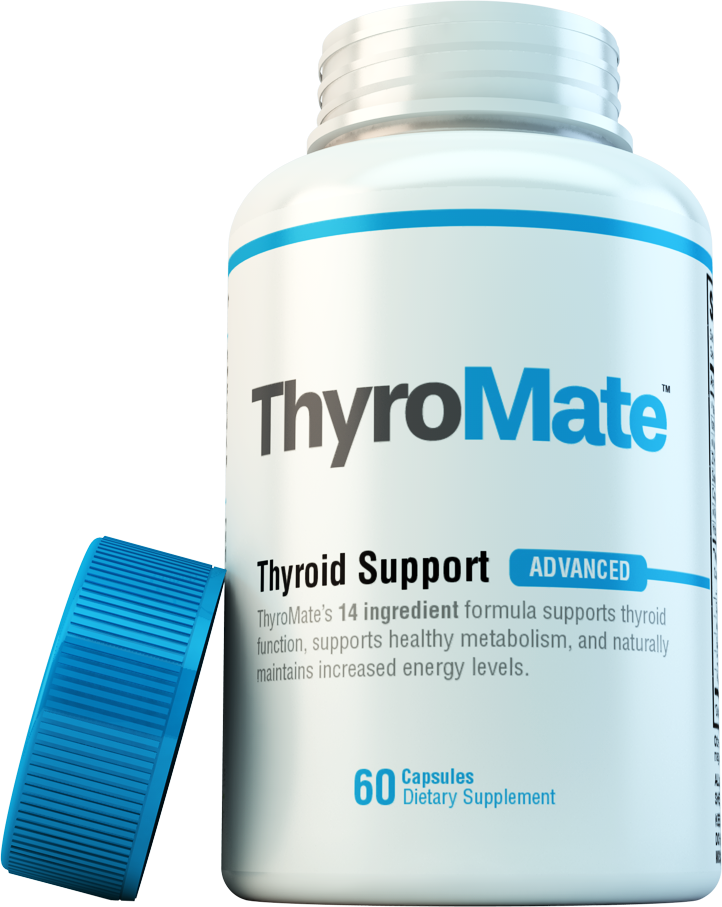 It is also important to avoid certain foods that might slow down metabolism. Cruciferous vegetables, such as broccoli and cabbage, contain goitrogens that the body extracts when synthesis of thyroid hormones. Gluten products and soy are are often mentioned as well. Studies show that isoflavones in soy can lower thyroid hormone conversion unless there are adequate iodine stores in the body.

Taking supplements is an effective method to ensure all proper nutrients are being met. Each vitamin and mineral is listed on the bottle so you know exactly what and how much you are ingesting. ThyroMate combines all the nutrients the thyroid needs into one easy to swallow capsule. You can take a look at all the amino acids, vitamins, and minerals that are in ThyroMate at the formula page here. Rest assured, ThyroMate is made up of the best natural remedies for thyroid problems.

in 1995 again suggests that those who have a diet lower than the recommended amount of copper ended up having more hypothyroidism symptoms as shown in lower T3 levels and increases in TSH levels. In this study, three groups of rats were given different diets consisting of recommended amounts of barely, or deficient copper intake for about a month. The rats who were copper deficient ended up having significantly lower TSH levels, compared with the rats who were fed the recommended diet.