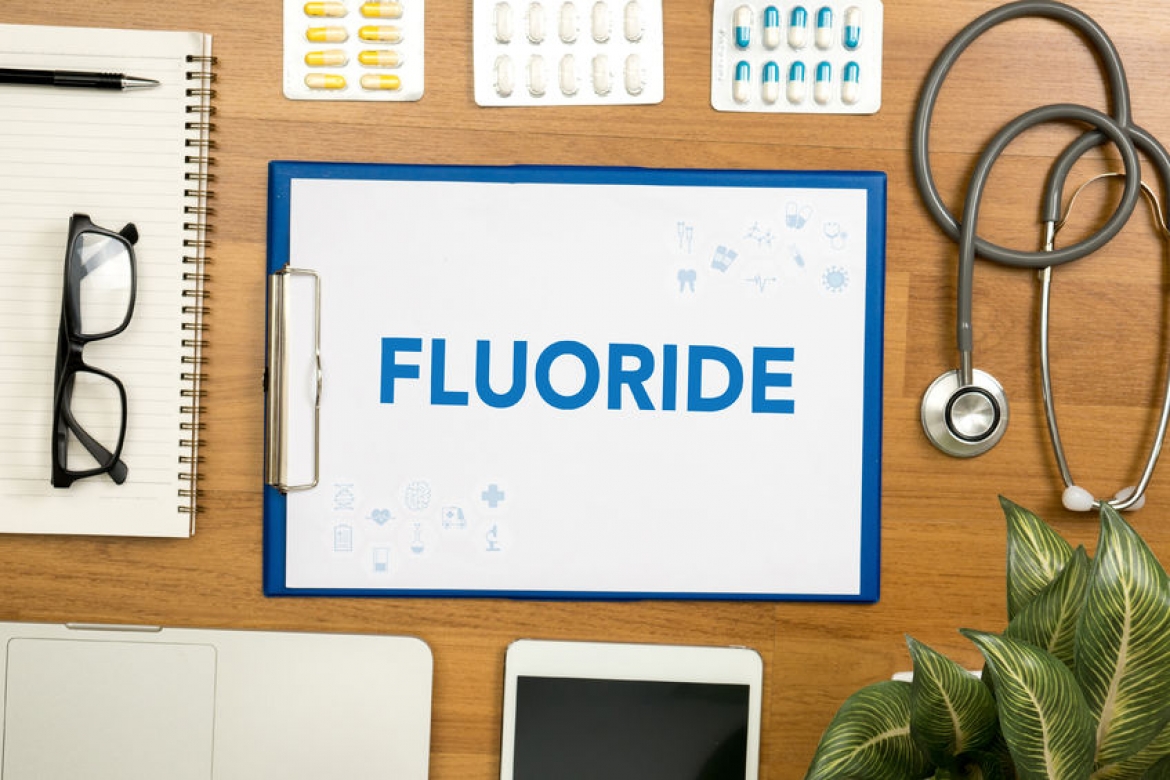 Effects of Fluoride on the Thyroid

Within the last decade, the National Research Council spoke to the effects of fluoride on the thyroid gland: “The effects of fluoride on various aspects of endocrine function should be examined, particularly with respect to a possible role in the development of several diseases or mental states in the United States. Major areas of investigation include . . . thyroid disease.”

Other altering functions from fluoride could include the parathyroid, pineal glands, and the pituitary gland.

What is the Thyroid?

The thyroid has responsibility of regulating metabolism in the human body.

For the human body to stay healthy, the thyroid gland needs to be running at tip-top shape.

If the thyroid is not performing properly, then a disruption may occur causing issues in the human body. Unfortunately, chemicals that are consumed in the body may cause the thyroid to struggle as well. Today, thyroid disorders are the most prevalent of any disease that affects the endocrine throughout the nation.

Historical Connection of Fluoride and the Thyroid

Fluoride was not used only to prevent tooth decay, but it was once used extensively to slow down the thyroid gland when it became overactive.

In the 1950s, fluoride was thought to prevent hyperthyroidism because fluoride had been linked to goiter, where the thyroid would noticeable swell up around the neck.

During this time period, fluoride was used very sparingly at 2 to 5 mg per day, but currently, people consume fluoride more than they ever have before, with some people consuming almost 7 mg every day.

Other historical connections involve fluoride and goiter in the 1800s. Some researchers of the time believed that goiter was caused from fluoride. But, current studies have shown goiter happens when an iodine deficiency occurs, or if hypothyroidism or goitrogens occur.

Fluoride did an amazing job fixing the effects of hyperthyroidism, but in turn, patients started to have effects of hypothyroidism (when the thyroid becames under-active.)

For example, early in 2015, added fluoride into the water in Great Britain led to a heightened level of hypothyroidism. Researchers found that people who had fluoride in their water were two times as likely to be diagnosed with hypothyroidism compared to non-fluoride drinking residents.

Other countries like India, Russia, and China have noticed similar results as well.

When hypothyroidism is diagnosed in a person, the thyroid fails to produce appropriately in the human body.

Hormones like thyroxine, or T4, and triiodothyronine, or T3, lack in the body when hypothyroidism is present.

Without these hormones, negative effects start ravaging the body. Other studies have shown fluoride exposure as a child, when using fluoride at the dentist, can lead to raised Thyroid Stimulating Hormone, or TSH.

Still, this doesn't affect the T3 or T4 production in the body. This may prove that some fluoride use can lead to minimal thyroid issues, but it probably has more to do with a person’s health and nutritional values instead.

Another concern with fluoride is it can worsen an iodine deficiency in humans. Since iodine helps build T3 and T4 hormones up in the body, having a deficiency could greatly affect an individual dealing with thyroid issues.

For example, an iodine deficiency can actually lead to brain damage in a young child, and is thought to be one of the biggest causes for mental disorders around the world today.

So, an iodine deficiency in an adult could be just as damaging, too.

When you add fluoride to the mix, the damage in the body becomes even worse.

Scarring neurological growth and development is one of the many effects that could plague the body. For example, out of China, studies were done to measure these effects.

They came to the realization that even small fluoride levels under 1 ppm could lead to negative IQ effects in the brain.

The scary reality is that fluoride is added to many water systems across the United States that range from 0.7 to 1.2 ppm, leaving that range perfect for issues connected with an iodine deficiency.

The fact of the matter is iodine deficiency is a major concern in the United States of America. Currently, over 10 percent of Americans do not have appropriate iodine levels in their bodies, and the levels only worsen for women who are pregnant or may be pregnant.

Furthermore, over 35 percent more women have a pre-iodine deficiency, which could be worsened by fluoride use.

Currently, the United States is researching this issue that could become an epidemic, if not corrected.

More research concludes that women over 50 years of age have the highest risk for hypothyroidism.

Currently, 4 percent of the United States of America has hypothyroidism, while another 10 percent, which is over 20 million people, have the beginning stages of hypothyroidism.

More proof that hypothyroidism is only growing in the United States, is the fact that two pharmaceutical companies, Armour and Synthroid, were in the top 75 most selling drugs in 2009, amounting to almost $25 million in sales.

Even as thyroid gland issues are beginning to be treated at a more prominent basis, neonatal hyperthyroidism has grown three times as much in only 20 years. Currently, 1 birth out of 2,370 is affected by hypothyroidism. If left untreated, symptoms could include mental disorders, growth issues, and problems with the heart. For older infants, teeth will erupt through the skin later than normal, and could lead to permanent gum issues.

Negative Effects Due to Fluoride

When hormones from the thyroid gland are not produced correctly, ill effects can happen to the body.

Some of these effects include fatigue, weight gain, and many other things. These effects are a direct result of the body trying to overproduce the TSH, to get the T3 and T4 hormones functioning again.

However, this just leads to more problems in the body.

Other effects of fluoride use may include G-protein disruptions, which are the building blocks for receptors in a hormone.

Also, damage may occur to a person’s DNA and/or the cells of the thyroid gland.

Lastly, a poor diet will only worsen thyroid issues in the body.

If the body doesn’t get appropriate calcium, protein, and iodine in dieting, this could lead to fluoride / thyroid malfunctioning.

Still, if the body doesn’t receive these nutrients and the body is diagnosed with a thyroid gland issue, overpowering the body with excess nutrients is not the quick fix when working to cure this issue. Sexual maturity is another impactful issue when fluoride affects the thyroid.

People are finding it harder and harder to grow physically and sexually as the thyroid gland fails to produce, due to fluoride.

If hypothyroidism continues to impact the body, people will begin to see more issues which may include a cold intolerance, limited sweating, joint pain, and hair loss among other things.

Dogs are affected, too.

Research on dogs has also shown the correlation with fluoride on the thyroid.

The Environmental Working Group recently did a study that showed commercial food for dogs has high levels of fluoride because of the bone particles in bags of dog food. Many times, over the life of a dog, they are diagnosed with hypothyroidism, which could have a connection between thyroid disease and the fluoride in dog food. Even goiter has impacted dogs, in the way fluoride was said to lead to the overgrowth of a thyroid, in a study done around 1854.

What Should be Done?

A lot of nations across the globe are starting to ask if the benefits of fluoride outweigh the negatives.

Adding fluoridation to a water supply does help with teeth decay, but it is also impacting a lot of lives negatively when it comes to thyroid gland malfunctions.

It will be interesting to see if countries start to pull fluoride out of the water supply to change the growing need for better thyroid gland health. Though, there is some controversy over this.

Maybe in the near future, you will see fluoride prescribed to certain individuals, instead of it being given to the masses.

Other options may see to fluoride dissipating from the market, and other preemptive teeth decay solutions could rise to the forefront, seeing thyroid gland issues decreasing over time. But, the solution seems to be far off, as a new pill to help against teeth decay has shown symptoms of causing arthritis and infertility, even in tiny doses given for a few weeks.