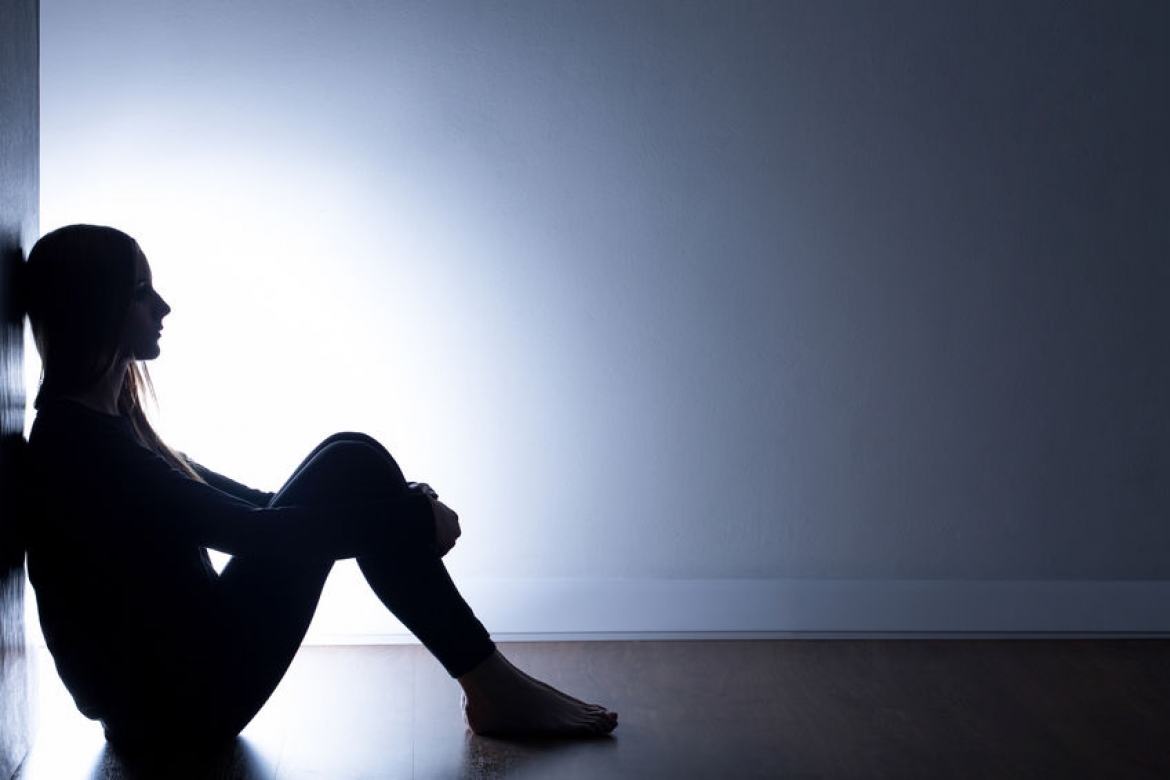 Do you feel hopeless, restless, pessimistic, among many other ‘negative’ things? Then there is a possibility that you might be suffering from depression.

While there are many factors that might cause this – such as a death in the family or financial problems, it can also result from a thyroid disorder – specifically hypothyroidism.

But First, What is Hypothyroidism?

Before we proceed with the connection of hypothyroidism with depression, we first need to learn more about the ‘seemingly unrelated’ diseases.

Hypothyroidism, also known as ‘underactive thyroid,’ is a condition where there is a lack in the production of the thyroid hormones that the body needs. The T3 and T4 hormones, which are produced by the thyroid gland, are vital for most body processes.

Without the sufficient amount of thyroid hormones, body functions will eventually be slower than the normal pace.

Hypothyroidism can be caused by thyroiditis or thyroid inflammation, Hashimoto’s disease, congenital hypothyroidism, thyroid surgery or radiation treatment, as well as the intake of certain medicines.

While hypothyroidism is common in women and in individuals aged 60 and above, it can also occur in people with the following predisposing factors:

Hypothyroidism is characterized by the following symptoms:

Also known as clinical depression or major depressive disorder, it is a mood disorder that severely affects a person’s ability to think, feel, and go about with daily activities.

The diagnosis of depression is made if the following signs and symptoms are experienced by the individual for two weeks:

A Brief History of Hypothyroidism and Depression

The relationship between hypothyroidism and depression is a two-way path that has long been discovered.

In 1825, Parry documented the high incidence of nervous affections in people with thyroid disorders.

In 1873, Gulf demonstrated the relationship between myxedema and psychosis, a finding that was later on proved in 1888 by the Committee of the Clinical Society.

Many thanks to these discoveries, it has been formally established that thyroid disturbances can affect emotion, cognition, and other mental faculties. Samuel attributes it to the fact that the brain serves as a major target organ for thyroid hormones.

As such, these hormones – whether too little or too many in amount – can cause mood problems such as depression. Although this is the case, it can be reversed with the appropriate thyroid treatment.

The Link Between Hypothyroidism and Depression

In a study by Hage and Azar, it was confirmed that patients with thyroid problems are prone to develop depression, as depressed individuals might manifest slight thyroid abnormalities in blood panels.

In fact, as much as 40% depressed individuals have been diagnosed with subclinical hypothyroidism.

An increase in T4 levels is said to be brought about by the activation of the hypothalamic TRH producing neurons, as well as an increase in thyroid function due to a depression-related increase in cortisol levels. When depression is successfully treated, TRH secretion is inhibited and levels of T4 go back to normal.

An increase in cortisol inhibits the action of the D2 enzyme. As a result, the D3 enzyme increases the production of rT3. In people with endogenous depression, rT3 levels revert back to normal following electroconvulsive therapy.

In several studies, as much as 30% of depressed individuals exhibit this finding. Experts believe that this occurs because the TRH hypersecretion in depression results to the down-regulation of pituitary TRH receptors. Other hypotheses state that this occurs due to depression-related hypercortisolism and elevated thyroid hormone levels resulting from adrenergic processes.

This finding offers additional proof of the blunted response of TSH to TRF.

In cases where are no lab proof of hypothyroidism, the incidence of ‘brain hypothyroidism in the setting of systemic euthyroidism’ is suggested.

Another research that proves the relationship of hypothyroidism with depression is the study of Gold, Pottash, and Extein.

It noted that those with depression and anergia were said to have early hypothyroidism, which was then detected by Thyrotropin-releasing hormone testing. Some experts suggest that depression might cause changes in the immune system, or that it could be an auto-immune disorder in its entirety.

The Link Between Postpartum Thyroid Disease and Depression

Although the relation between postpartum thyroid disease and postpartum depression has not been clearly defined, some studies have noted the connection between the two.

Postnatal depression was noted in ladies with thyroid dysfunction, especially those with low-range total and free thyroxine concentrations.

As it has been established, hypothyroid patients are known to present depressive symptoms. Additionally, they showcase apathy, psychomotor slowing, and cognitive dysfunction.

In severe hypothyroidism cases, the patient can present with symptoms similar to dementia and melancholic depression.

Further studies showed that TSH levels are correlated with the severity of these depressive symptoms.

In hyperthyroidism or thyrotoxicosis, neuropsychiatric manifestations have also been noted. They include anxiety, emotional lability, irritability, dysphoria, and concentration difficulties. In elderly patients, symptoms of lethargy, apathy, and pseudo-dementia have also been noted.

As much as 60% of hyperthyroid individuals present with anxiety, while as much as 69% manifest depressive symptoms.

Due to the fact that hypothyroidism brings about the symptoms of depression, and that it can manifest as a second illness in depressed patients, those with early hypothyroidism are said to benefit from thyroid replacement therapy.

As for treatment, thyroid drugs have been noted to improve an individual’s reaction to anti-depressant drugs.

This regimen was initiated in the 1960’s under the belief that thyroid hormones can hasten response to anti-depressants, as well as elicit positive responses from those who seem to be ‘immune’ to conventional depression treatments.

Out of the many studies which operated under the aforementioned tenets, many have shown that T3 supplementation is indeed effective in accelerating the response to anti-depressants, especially in patients with non-refractory depression.

Additionally, positive results were highly documented in women compared to men, suggesting that the said treatment were more effective in females.

As for treatment augmentation, T3 supplementation was also deemed effective in eliciting a positive response in patients who do not respond to anti-depressant treatment.

One study, which included 25 to 50 grams of T3 supplement to the present depression schema, noted the patients’ immediately responded to the medical treatment 2 to 3 weeks after T3 supplementation.

Similar studies with the same principles have also been done – all with positive results – thereby cementing the fact that T3 supplemented individuals respond better to anti-depressant treatment compared to those without thyroid intervention.

T4 supplementation is also effective in some cases, as it has been noted that the supraphysiological doses can help as much as 50% of patients suffering from unipolar or bipolar depression.

T4 supplementation is also beneficial in the long run, as no untoward side effects were noted for up to 51 months of treatment.

As depressed hypothyroid individuals usually showcased a blunted response of TSH to TRH, a study has been devised to address the aforementioned issue.

The research involved the parenteral administration of 500 micrograms of TRH to afflicted women. TRH is known to stimulate the thyroid axis, which makes it a useful anti-depressant.

TSH is another thyroid hormone that has been deemed effective in hastening a patient’s response to anti-depressant medications.

Naturally, it helps stimulate the thyroid gland to produce T4 and T3, hormones necessary for the activities of numerous organs in the body.

In the context of depression, TSH is more than just a thyroid gland enhancer – it can affect mood as well. A study of Prange et al oversaw the supplementation of 10 IU of TSH to depressed women who were bound to receive the anti-depressant Imipramine.

As per the results, TSH-treated patients responded better to the drug Imipramine, compared to the women who were only treated with placebo.

Because of the correlation of depression with thyroid function, it comes as no surprise that depression treatment helps normalize thyroid hormone levels, especially that of T4.

Common anti-depressants such as tricyclic anti-depressants and SSRIs are said to improve thyroid function by enhancing the activity of D2 enzyme, which then helps convert T4 hormones into active T3 in the brain.

With more T3 present, neurotransmission is enhanced in the brain’s pathways.

With that being said, experts recommend thorough clinical examination, as well as testing the patient’s thyroid-stimulating hormone and triiodothyronine resin uptake thyroxine, to determine the need for thyroid replacement therapy – especially if the depressed patient is resistant to known depression treatments.

True enough, thyroid problems and depression is interlinked with each other.

Should you manifest the symptoms of hypothyroidism, or depression, you must not discount the fact that there might be underlying mechanisms linking both problems.

Given the interconnection between the said disorders, the American Association of Clinical Endocrinologists has this to say: “The diagnosis of subclinical or clinical hypothyroidism must be considered in every patient with depression.”

Depression. (n.d.). Retrieved May 5, 2018, from https://www.nimh.nih.gov/health/topics/depression/index.shtml